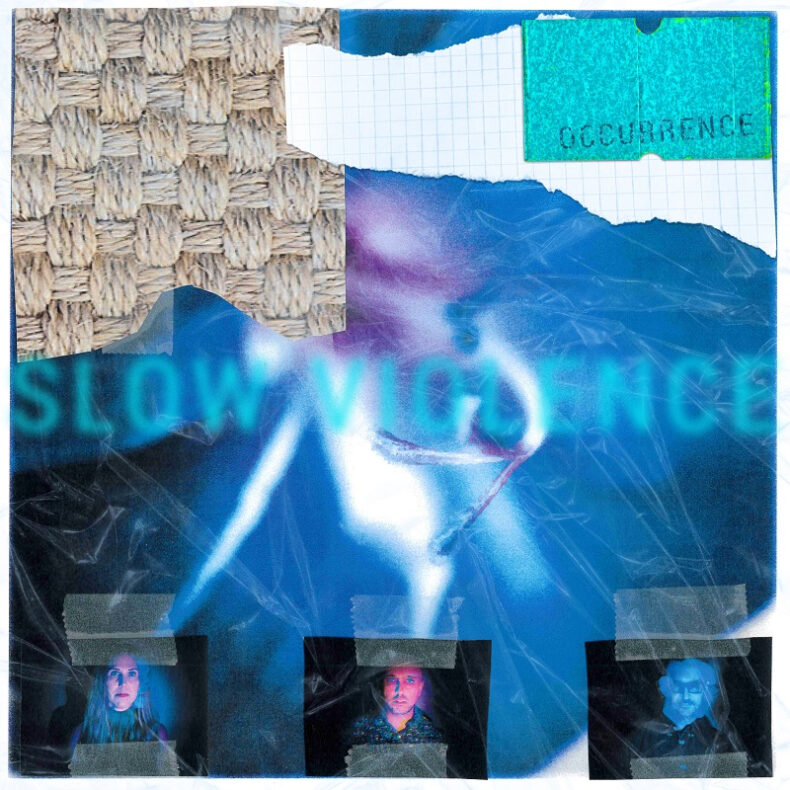 Slow Violence, the new double album by Occurrence, is an expansive statement about vulnerability and decay, about the things that terrify us and liberate us. Bandleader Ken Urban (electronics, synths & beats), Cat Hollyer (vocals, flute) and Johnny Hager (vocals) have created an album that reveals the “slow violence” that accrues over the course of our lives. After a pandemic-imposed separation, the band stretched out and experimented, repurposing previous recordings to craft an evocative album that captures both the bliss of falling in love and the pain of failure slapping you in the face. The album drops April 7, 2023, and features guest appearances from Kip Berman of The Pains of Being Pure at Heart, Christian Frederickson of Rachel’s, actor Peter Mark Kendall from TV’s The American’s, plus Johnny’s dad on trombone and Alexander McCabe on saxophone. Long-time band associate Daniel Kluger (Tony-nominated composer) contributed additional production on three tracks. The album was mixed by Kiri Stensby, who makes music as Hara Kiri, and mastered by GRAMMY-nominated engineer Jessica Thompson.