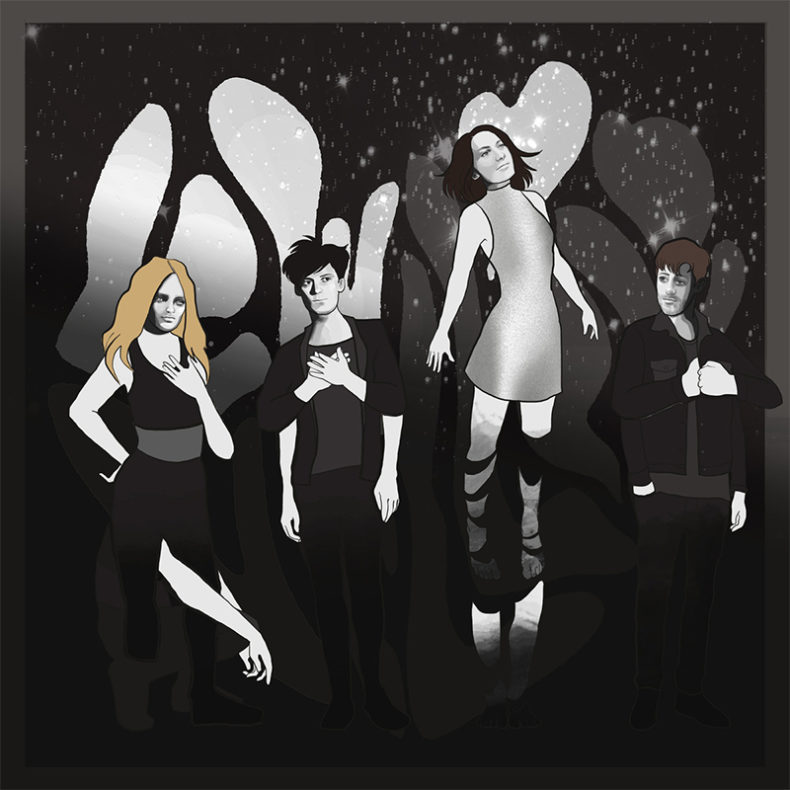 The Atlanta GA/Russian new wavers “Low Valley Hearts” have a new video, and it’s an eclectic mine storm of surrealist insanity!  The fresh faced 4-piece have really brought together a million ideas in their one year of existence.  In their latest video epilogue “Highland”, the band really projects the intentions proposed on their debut album “Pictures Of Your Mind”.  The album offers synth and vocal melodies that swing from the gallows of post punk and vintage electronica with an eclipse of Eastern European shadows.  “Highland” serves as the band’s final video from their debut album and is their most gallant effort yet.  The video ties two plots together which intriguingly overlap as each member of the band play a different role throughout one night in the city.  It’s a surrealist masterpiece akin to Martin Scorsese’s 1985 film “After Hours”.  The dark and moody cinematography filmed by Wolfgang and Sofia Wilson creates a mysterious aura to the tale of an otherworldly woman set adrift with unknown personal objectives as she comes across a rogue biker on the way to a party.  This video could easily be a chapter in a much larger story and the band has only given us a trailer to hint at the world they have created.  Hopefully we will one day find out where the floating woman comes from, what she is looking for, and where we can find that amazing party with tuxedo clad madmen, spinning dancers, and a hostess straight out of Godard’s “My Life To Live”.  ~ A.Z. Savino