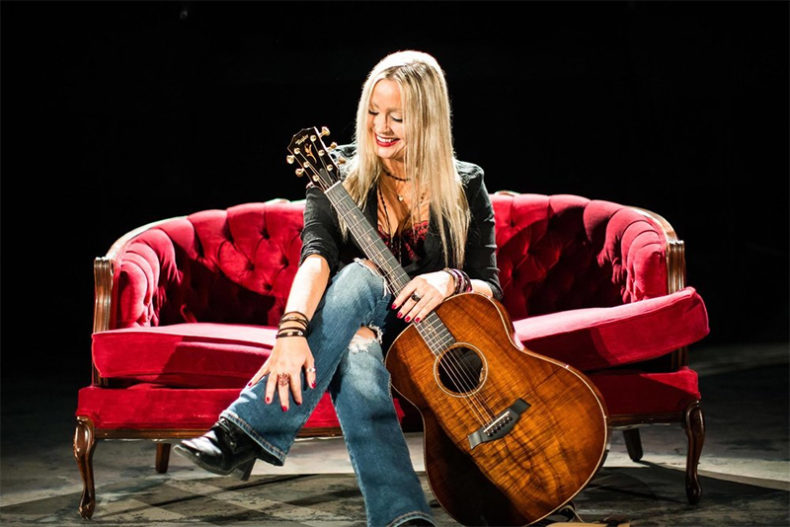 In Aug 2017 JoPo teamed up with Shawn Kosmerly of Here Kitty Kitty Productions to produced, direct and shoot JoPo’s new music video for her new single ‘Dog Days of Summer’.  The video was sponsored by LEGEND Boats and JoPo shot the first portion of the video out at her family camp on Penage Lake, ON and the other portion of the video was shot in Sudbury, ON at one of her favourite local bars called The Red Fang Tavern (Rob Gregorini).  Featured in the video were JoPo & The RiZe (JoPo on lead vocals/acoustic, Ben Wardo on upright bass, Josh Turnbull on drums & JP Gignac on violin), Sudbury Swing Dance Club, Sudbury Burlesque, S.O.A.R- Female Biker Club, friends, family and fans of JoPo & The RiZe.  In Sept 2017, JoPo held a successful sold out CD Release Party at the Sudbury Theatre Centre and following that the band embarked on their Northern Tour and are currently on their Southern tour.

JoPo is an exciting artist who is just as passionate in the studio, as she is on the stage!  Producing her new album has given me a front row seat, in watching her take her artistry to the next level!  Pinpointing a beautiful mixture of rock and folk, each song on her new album reveals the storyteller that JoPo truly is!  One of the hardest working artist’s that I have had the chance to experience, she relentlessly lives for her live shows, and the opportunity to connect with her audience!  If you have the chance to catch one of her shows, I highly recommend you do it!– Crystal Shawanda (Juno Award & CCMA Award Winner).

JoPo & The RiZe
Another Trip Around the Sun
(Independent)
Release Date: September 15, 2017 @ The Sudbury Theatre Centre (sold out show!)