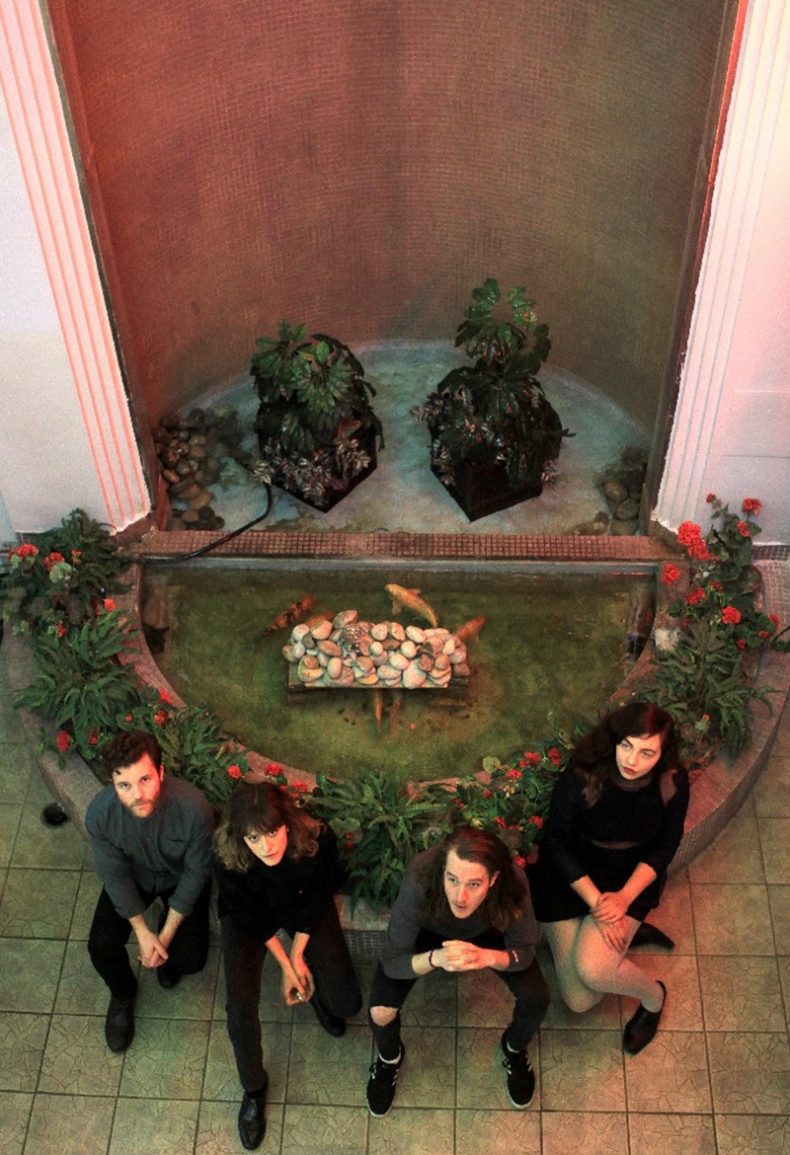 Vallens new single “Karen” is named after Karen Carpenter. Vallens wrote the song after witnessing friends and family with addictions, and how people with addictions are misunderstood. Vallens also explore how Karen Carpenter’s addiction was related to female specific issues that can trigger addiction. Musically it feels like a downward spiral.

Robyn Phillips spent her early years in Toronto playing lead guitar in several bands. With an experience of performing and writing in various genres, Robyn began working on material for her first solo project as Vallens in the summer of 2014. Taking cues from everything from Rowland S Howard to Portishead, the project began to take shape with a concept of Vallens as an alter-ego of Phillips. Soon after, Vallens began recording a full length record with friend Jeff Berner of Psychic TV at his now defunct studio Galuminum Foil in Brooklyn, followed by several months recording songs at Candle Recording with Josh Korody (Beliefs, Wish).

The project debuted live in December of 2014 and quickly captured the attention of music critics, promoters, and the local music scene. Vallens has since been Invited to perform at NXNE, POP Montreal, M for Montreal, and CMJ, in addition to sharing the stage with Frankie Cosmos, Freak Heat Waves, Porches, MOURN, U.S Girls, A Place to Bury Strangers, and La Luz. Vallens first LP is out June 24 via Hand Drawn Dracula. Check out the video for “Karen” below.

SPILL TRACK OF THE DAY is published daily, showcasing the best in recent independent releases, with a focus on the Toronto Indie Music Scene. We also feature tracks from across Canada and around the World, including Canadian francophone releases. Remember -- you heard them here first. ;)
RELATED ARTICLES
hand drawn draculatotdtrack of the day
9.0

by Dan Kennard on October 25, 2019
Mimico Hi-Action Hand Drawn Dracula After four years, Mimico returns with their third album, Hi-Action, a six-track, forty-plus minute psychedelic sci-fi trip that is buoyed by the heavy use of [...]

by David Lam on January 11, 2019
Tallies Tallies Hand Drawn Dracula Toronto’s Tallies have released their new self-titled album. It is the second album for this late-80’s influenced indie pop band, led by singer-guitarist [...]
9.0

by Ryan Ruple on December 7, 2018
Praises In This Year: Ten of Swords Hand Drawn Dracula When it comes to a truly great album there are those in which the listener places themselves inside, exploring every [...]
8.0