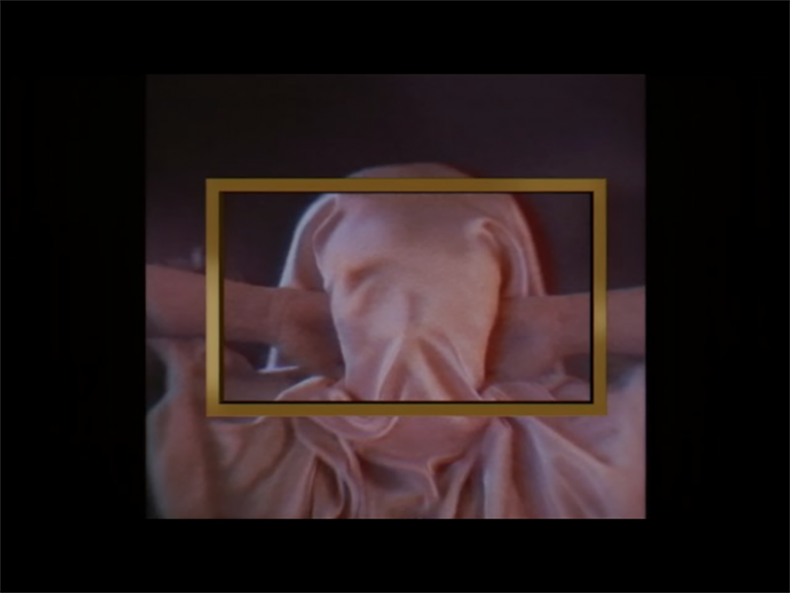 One of the first songs Vallens ever wrote, “Devour” is about how time can change any strong feeling, about being in a relationship while grieving and going through turmoil. Robyn wrote it during a very personal time of her life.

Robyn Phillips created Vallens in late 2014 to serve as her performance alter ego, secretly constructing her own world of music alone while playing guitar and gigging in various Toronto projects. The Vallens moniker allowed Robyn to introduce her own sound within the scene under the influence of namesake, David Lynch’s Dorothy Vallens.

Conjuring the likes of Rowland S. Howard, Wire, Angelo Badalamenti and Portishead; Vallens has been living deep in the construction of her first record, Consent (Due June 24th, 2016 on Hand Drawn Dracula). The album was recorded and produced by Josh Korody (Beliefs, Nailbiter) at Candle Recording in Toronto, as well as with Jeff Berner (Psychic TV) at Galumium Foil in Brooklyn, NY.  The themes on Consent evoke the tension and stratosphere of Robyn’s early years and what it means to be female in our society.

In the past year Vallens has expanded to a full band (Colin Morgan – drums, Marta Cikojevic – synth & keyboards and Devon Henderson – bass) who have shaped and influenced Robyn’s further writing. The project debuted live in 2015 and quickly captured the attention of music critics, promoters, and the local music scene. Vallens has since been invited to perform at NXNE, POP Montreal, M for Montreal, and CMJ, as well they’ve shared the stage with Frankie Cosmos, Freak Heat Waves, Porches, MOURN, Ringo Deathstarr, U.S Girls, A Place to Bury Strangers, Speedy Ortiz, Dilly Dally and La Luz.

SPILL TRACK OF THE DAY is published daily, showcasing the best in recent independent releases, with a focus on the Toronto Indie Music Scene. We also feature tracks from across Canada and around the World, including Canadian francophone releases. Remember -- you heard them here first. ;)
RELATED ARTICLES
hand drawn draculatotdtrack of the day

by Dan Kennard on October 25, 2019
Mimico Hi-Action Hand Drawn Dracula After four years, Mimico returns with their third album, Hi-Action, a six-track, forty-plus minute psychedelic sci-fi trip that is buoyed by the heavy use of [...]

by David Lam on January 11, 2019
Tallies Tallies Hand Drawn Dracula Toronto’s Tallies have released their new self-titled album. It is the second album for this late-80’s influenced indie pop band, led by singer-guitarist [...]