Track Of The Day
330
previous article
SPILL ALBUM REVIEW: THE ALPACAS - THE BEST IS BEHIND YOU
next article
SPILL NEW MUSIC: LUST FOR YOUTH - "TOKYO" 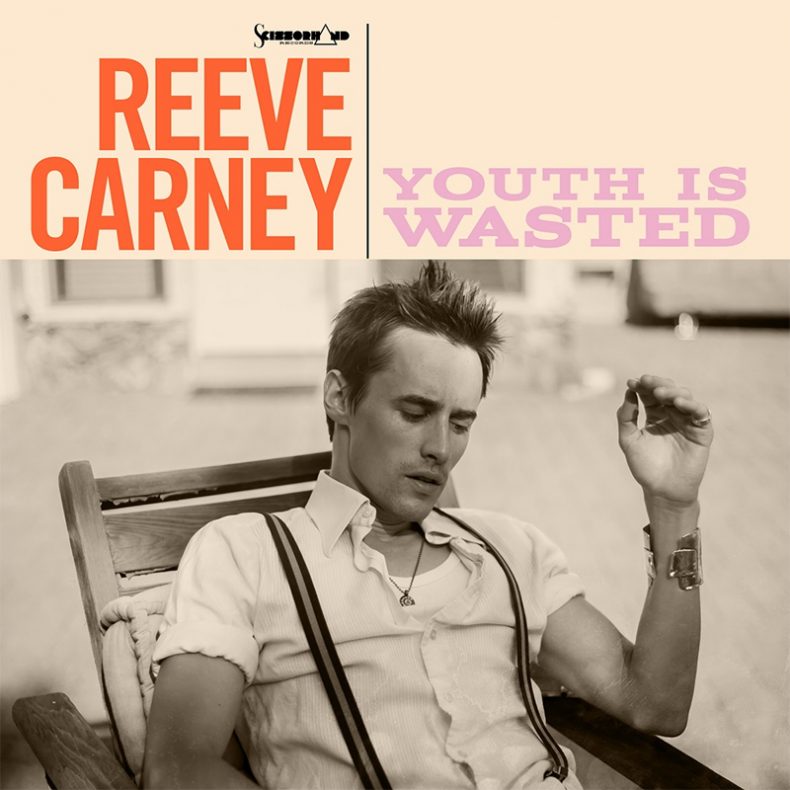 Singer, songwriter, performer, and actor Reeve Carney will embark on a 2016 North American headline tour this fall.  He hits the road starting on October 24th in Los Angeles, CA, plays major markets in the Southwest, on October 28th, and wraps up November 12th. Tickets are on sale now, and the full itinerary can be found below.

The tour precedes the forthcoming release of Reeve’s debut album, Youth Is Wasted, due out on October 21st, follows the success of his band Carney and solo singles such as “New For You” from the chart-dominating Twilight Saga: Breaking Dawn – Part 2 Original Motion Picture Soundtrack and “Rise Above 1” with U2’s Bono and The Edge on the Spider-Man: Turn Off The Dark Soundtrack, this upcoming collection has been anxiously awaited by fans worldwide. Earlier this summer, he unveiled the new track “Up Above The Weather.” With its lilting and lush piano and intimate delivery, the song serves as a delightfully hypnotic prelude to the LP.

October is shaping up to be a busy month for the multi-talented artist. He stars as the iconic character of Riff Raff – A Handyman (originally played by legendary show creator and writer Richard O’Brien) in Fox’s highly anticipated re-imagining of The Rocky Horror Picture Show: Let’s Do the Time Warp Again alongside Tim Curry, Laverne Cox, Victoria Justice, Adam Lambert, Christina Milian, and more. It airs Thursday October 20th on Fox.  Earlier this year, he starred in Season 3 of the hit Showtime series Penny Dreadful as Dorian Gray.

Reeve Carney embodies the concept of a 21st century renaissance man. Fronting his band Carney, he released 2010’s acclaimed Mr. Green Vol. 1 and went on to open for both U2 and Arcade Fire during the climactic final show of the U2 360° Tour. The group’s signature sound summoned music from multiple epochs and worlds beyond, building a rabid fan base in the process. That same year, he originated the role of Peter Parker/Spider-Man in the smash Broadway production of Spider-Man: Turn Off the Dark. Not only did EMMY Award-winning and Academy Award-nominated director Julie Taymor personally choose Reeve, but he received the opportunity to perform music with U2’s Bono and The Edge. Bono went so far as to say, “Reeve was everything we could have hoped for: an amazing voice and a truly charismatic presence.”

In between starring in the production, he contributed the solo track “New For You” to the Twilight Saga: Breaking Dawn – Part 2 Original Motion Picture Soundtrack, which bowed at #3 on the Billboard Top 200 upon release and became the “3rd Best-Selling Soundtrack of the Year.” 2016 saw him star in the third season of Showtime’s hit series Penny Dreadful as none other than Dorian Gray in addition to The Rocky Horror Picture Show: Let’s Do the Time Warp Again in the role of Riff Raff – A Handyman. Now, his debut LP reflects every facet of his creative soul more clearly than ever before.

SPILL TRACK OF THE DAY is published daily, showcasing the best in recent independent releases, with a focus on the Toronto Indie Music Scene. We also feature tracks from across Canada and around the World, including Canadian francophone releases. Remember -- you heard them here first. ;)
RELATED ARTICLES
interscope recordstotdtrack of the day
9.0

by Gerrod Harris on October 26, 2018
The Struts Young & Dangerous Interscope Records English-Canadian rock outfit, The Struts, have had an amazing year. While busy with their own headlining tour across North America [...]
7.0

by Vicki Mahony on January 12, 2018
BØRNS Blue Madonna Universal Music/Interscope Records For a young man of 26, BØRNS sure knows how to make a dynamic album. Blue Madonna is his second record since 2015. Compared to his 2015 [...]