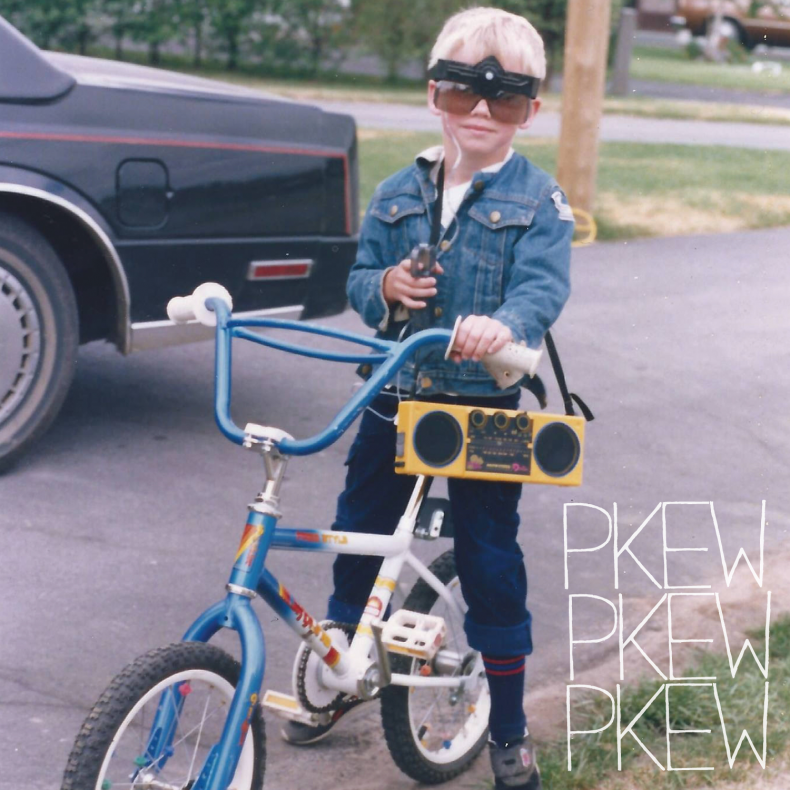 Royal Mountain Records PKEW PKEW PKEW are excited to share their shout-a-long single “Mid 20’s Skateboarder”.  Taken from the band’s upcoming self-titled debut, the Toronto based punk band are sharing their first single ahead of their supporting dates in the US with hometown heroes and friends, PUP. PKEW PKEW PKEW mix the sunnier sides pop-punk, hardcore, and drunken pop hooliganism to create an infectious sound that’s catchy and vibrant, the type of songs you’ll be shouting in your head for days on end. It’s the audio equivalent of a party… PBRs included.

Much like their dearest of pals PUP, PKEW PKEW PKEW come ready to party with explosive shows and big gang vocals that you can’t help but chant along with. The band will release their self titled debut album later this year via Royal Mountain Records (the same label that brought you PUP) and have recently received their fair share of love from Craig Finn via Twitter as he’s become a devout fan of PKEW PKEW PKEW. The band will support PUP this Thursday and Friday, February 11th and 12th in Buffalo and Brooklyn, NY. More info below.

PKEW PKEW PKEW (the sound you make when you’re pretending to shoot a gun) are four guys from stupid small towns in Southern Ontario who love to drink. They’ve travelled around playing shows in even more stupid small towns and then some big cities too. They’ve played shows and drank beers with a lot of cool bands – sharing the stage with Diarrhea Planet, FIDLAR, The Hold Steady, Pup, and Titus Andronicus – but that doesn’t mean that they’re cool too… just in good company.

Their forthcoming self-titled debut record is a raucous 21 minutes of punk party anthems that are made for the mosh-pit. Recorded by Jon Drew (Fucked Up, PUP) and Ryan Mall (Gaslight Anthem, The Bouncing Souls), Pkew Pkew Pkew is a dizzying eleven song anthology that blasts through themes of failure, nostalgia, growing up, staying young and getting really, really, really drunk.

SPILL TRACK OF THE DAY is published daily, showcasing the best in recent independent releases, with a focus on the Toronto Indie Music Scene. We also feature tracks from across Canada and around the World, including Canadian francophone releases. Remember -- you heard them here first. ;)
RELATED ARTICLES
fucked upgaslight anthemmid 20's skateboarder
8.0

by Nicole Swanson on October 5, 2018
Fucked Up Dose Your Dreams Arts & Crafts Dose Your Dreams is an hour and a half long epic experimental concept project from Toronto-based band Fucked Up. The band’s fifth LP release [...]

by SPILL NEW MUSIC on May 16, 2018
FUCKED UP TO RELEASE LIMITED “HIGH RISE” SEVEN-INCH VIA TANKCRIMES TRACK STREAMING + PRE-ORDERS [...]