SPILL TRACK OF THE DAY: THE FALL OF EGO – ” WORLD IN DISGUISE” 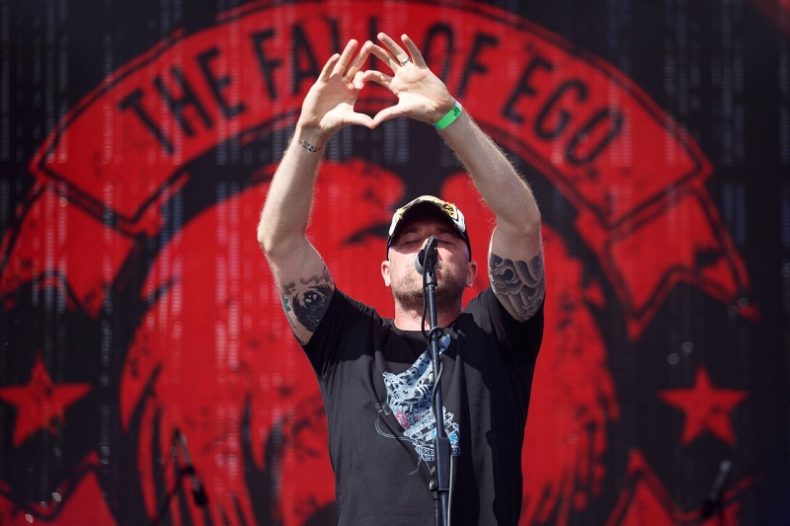 THE FALL OF EGO – “WORLD IN DISGUISE”

Today’s Track of the Day is the title track of the soon to be released album World in Disguise.  The song is written about fake people, those who smile in your face, and shit on you when your back is turned, politicians and other leaders of industry who abuse their power.

Hailing from Nottinghamshire UK comes indie-rock band The Fall of Ego. Having performed on and off with several bands throughout the UK since the age of 21, founding member and singer/songwriter Sven Fredriksson went on a brief hiatus before returning to London to work on his soon to be released album ‘World in Disguise’. Working with artists such as Darrin Mooney on Drums (Primal Scream), and Barry Cadogan on Lead guitar (Little Barry & Primal Scream), as well as many others, the album from the outset boasts of its potential.

Pairing powerful drums and energetic riffs with unflinchingly honest lyrics, Sven produces raw and emotive soundscapes that have often been compared to the likes of Oasis, Smashing Pumpkins and Black Rebel Motorcycle Club.

Despite being on the scene for just two years, the band have already received national recognition from BBC Nottingham, with DJ Dean Jackson tipping their first studio album, The World in Disguise, as contender for best album of the year.

SPILL TRACK OF THE DAY is published daily, showcasing the best in recent independent releases, with a focus on the Toronto Indie Music Scene. We also feature tracks from across Canada and around the World, including Canadian francophone releases. Remember -- you heard them here first. ;)
RELATED ARTICLES
alternativegrungeindie

by SPILL NEW MUSIC on July 11, 2018
Weep Wave – “Birdhouse” A Spill Exclusive Video Premiere Over the years, the song “Birdhouse”, has developed and evolved, with an ever changing lineup. [...]