SPILL TRACK OF THE DAY: ERICH MRAK – “THINK ABOUT IT” 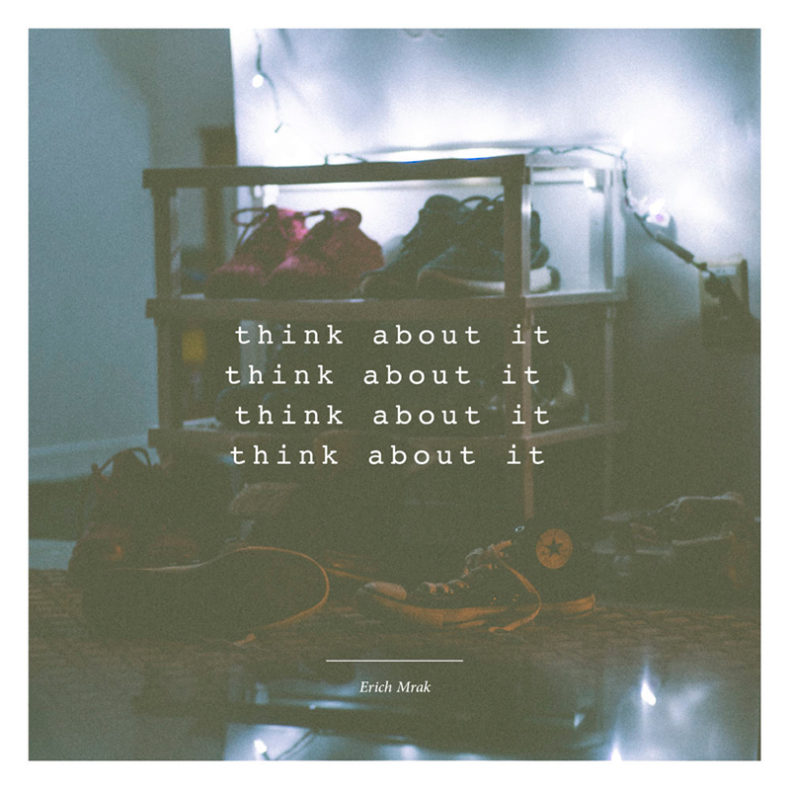 ERICH MRAK – “THINK ABOUT IT”

Toronto based experimental hip-hop artist Erich Mrak is someone who claims to strive for perfection in his writing and production. With his first debut of 2017, he has pushed his sound to new limits. Mrak is no stranger to challenges and set backs, but he has put all of that behind him and put his energy into the single, ”Think About It.”

At 21 years old, Mrak says he is ambitious and plans on releasing many new songs throughout 2017. With a calm of J. Cole and eloquent swagger of Mac Miller, he is sure to dazzle his fans as he experiments in new sonic directions. Erich has a laid back feel that shows confidence in his instrumentation and production. His songs are heavily layered with a beat-driven backbone. As a young artist, Mrak is constantly seeking new heights and pushing himself while listening and learning from artists like Asher Roth and Macklemore.