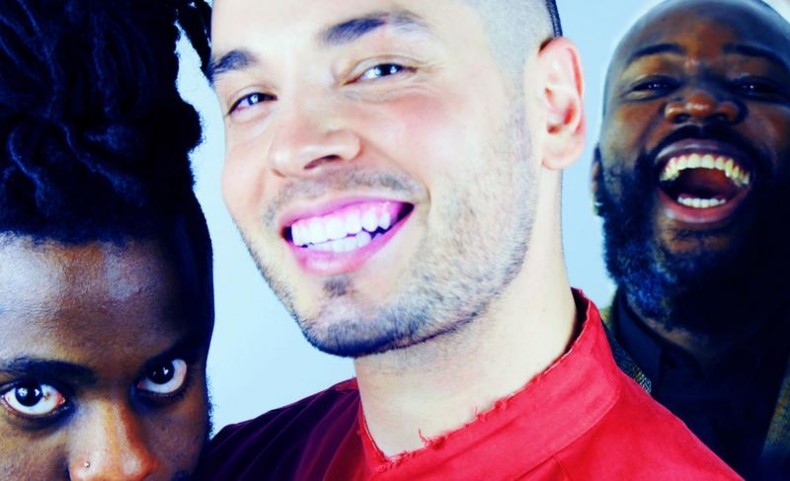 Young Fathers announced a headline North American spring tour in advance of their performance at the Coachella Valley Music & Arts Festival. The Mercury Prize-winning Scottish band is currently on tour as direct support for Massive Attack in Europe. The trio is touring in support of their well-received adventurous 2015 album White Men Are Black Men Too (Big Dada). Watch their latest video from Old Rock N Roll, filmed in a small village in Malawi last fall:

Young Fathers are G Hastings, Alloysious Massaquoi and Kayus Bankole. The three men are each named after their fathers—a unifying bond for a band that pushes against the binds of definition. They are hiphop and punk, rock and pop, and anything else you want to label them as, but really, they are none and all of these. They released one of the most original albums of 2014 with DEAD, which won them the 2014 Mercury Prize—the UKs highest honor for an album. DEAD included single “GET UP”, performed by the group on Jimmy Kimmel Live! in 2014. The mesmerizing performance was their U.S. late night debut, bringing their lauded live show into U.S. homes for the first time.

SPILL NEWS strives to keep our readers up to date with news and events in the music industry. We keep you informed of the most recent information regarding new releases, tour dates, and information items about your favourite artists.
RELATED ARTICLES
big dadacoachellanews