News
77
previous article
SPILL ALBUM REVIEW: JANE SIBERRY - A WORLD WITHOUT MUSIC
next article
SPILL NEWS: THE PACK AD TO RELEASE THEIR FINAL ALBUM FOR THE FORESEEABLE FUTURE 'IT WAS FUN WHILE IT LASTED' ON APRIL 17 | NEW TRACK "GIVE UP" OUT NOW | TOUR DATES 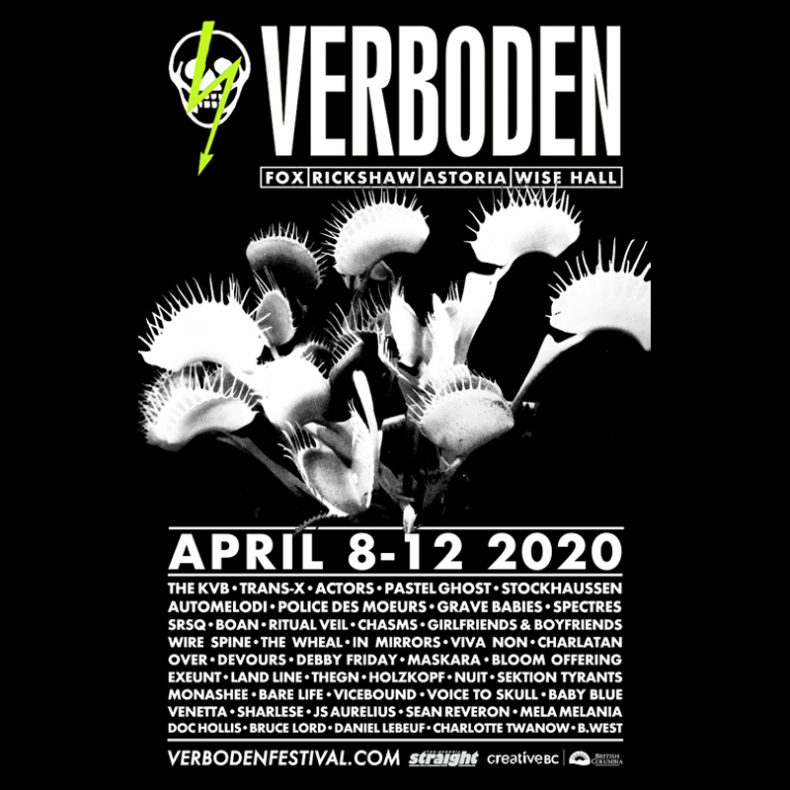 Operating as one of Canada’s largest dark alternative music festivals, Verboden is celebrating its 5th anniversary by hosting a 5-day music festival at various live venues in Vancouver. Verboden festival features 46 artists from all over the world. The lineup features a diverse range of acts, spanning genres such as Post-Punk, EBM, Darkwave, Synthpop and many more. Headliners this year include The KVB, Trans-X, ACTORS, Pastel Ghost, Stockhaussen, BOAN, SRSQ. Tickets are available now. (see below)

SPILL NEWS strives to keep our readers up to date with news and events in the music industry. We keep you informed of the most recent information regarding new releases, tour dates, and information items about your favourite artists.
RELATED ARTICLES
actorsnewsrickshaw theatre