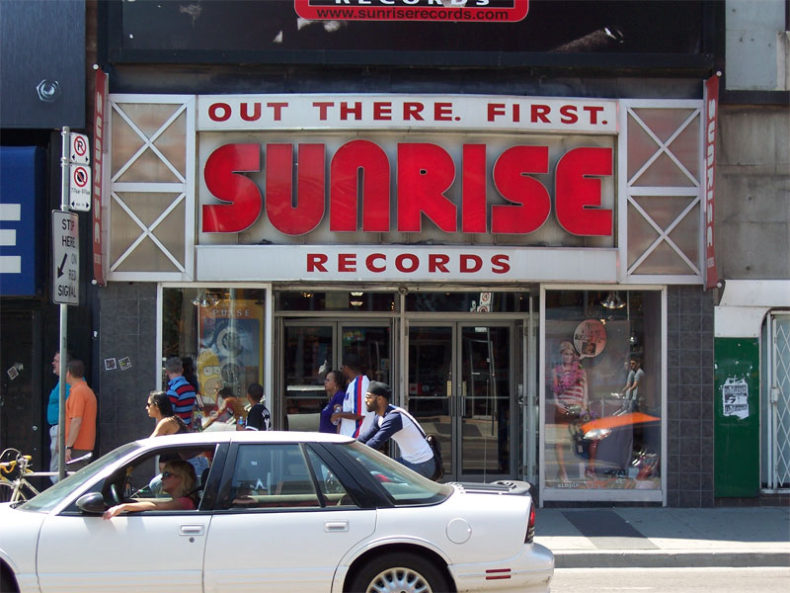 Sunrise Records, one of Canada’s top music retailers, has announced it will take over 70 previously owned HMV brick and mortar locations in malls across Canada. The expansion takes Sunrise into all major markets coast-to-coast from British Columbia to Quebec and the Atlantic provinces. The acquisition includes Metrotown in Burnaby, BC, Polo Park in Winnipeg, MB, Limeridge Mall in Hamilton, ON, Square One in Mississauga, ON, Promenades St-Bruno in Saint Bruno, Quebec, and a two-level, 20,000 square foot store in West Edmonton Mall which features a stage for performances. Other locations will be announced in the coming days once more details are finalized. Stores will start opening in early April 2017. The news comes on the heels of music chain HMV Canada being put into receivership after recently announcing the closure of all nationwide stores.

Says Doug Putman, President of Sunrise Records, ”Sunrise has always strived to offer superior service and a wide range of products at reasonable prices to its loyal customers. We are excited to bring Sunrise nationwide, and would like to thank all of the suppliers and landlords who worked so closely with us to allow us to be a destination for physical music in Canada.” Putman did his first broadcast interview on The Strombo Show Sunday night, and chatted with host George Stroumboulopoulos in depth about the Canada-wide expansion, indie record stores, HMV, and even the first record he ever bought.

Having the distinction of being the first retailer in Canada that supported Record Store Day, the chain is committed to expanding RSD events across the country and plans to carry over 2000 titles of vinyl in stock at all locations to meet the resurgent consumer demand for vinyl. Sunrise will also continue its longstanding tradition of supporting local independent artists by carrying their music for sale. Says Putman, “We want to support independent Canadian artists more than ever. We feel it’s an obligation, not to mention we love discovering talented new artists.”

“The Record Store remains a vital place in our ecosystem for both artists and music fans,” says Jeffrey Remedios, President & CEO of Universal Music Canada. “More than this, it is a community hub where passions are shared, art is explored, and lasting journeys begin. Everyone has a record store story from their formative years – including me: my first job in music was at Sunrise Yonge Street! Doug Putman’s leadership and unswerving dedication to developing Canadian artists has the enthusiastic support of Universal Music Canada. Sunrise’s further commitment to the national music industry is most welcome.”

Sunrise will work to broaden the assortment of music that HMV carried, with a planned 50% increase of CDs, and a massively expanded apparel section including the hottest music and entertainment related merchandise. Sunrise will continue to be on the cutting edge of pop culture trends adding licensed figures, plush characters as well as an extensive selection of board games to each store.

Part of the expansion announcement includes a commitment from Sunrise to hire HMV employees who want to continue their career in the Canadian Music Industry. Says Putman, “We want to let any former HMV employees know that we are opening, and we want to hear from them.” Anyone interested in applying for a position, can email resumes to [email protected].

SPILL NEWS strives to keep our readers up to date with news and events in the music industry. We keep you informed of the most recent information regarding new releases, tour dates, and information items about your favourite artists.
RELATED ARTICLES
doug putmannewssunrise records