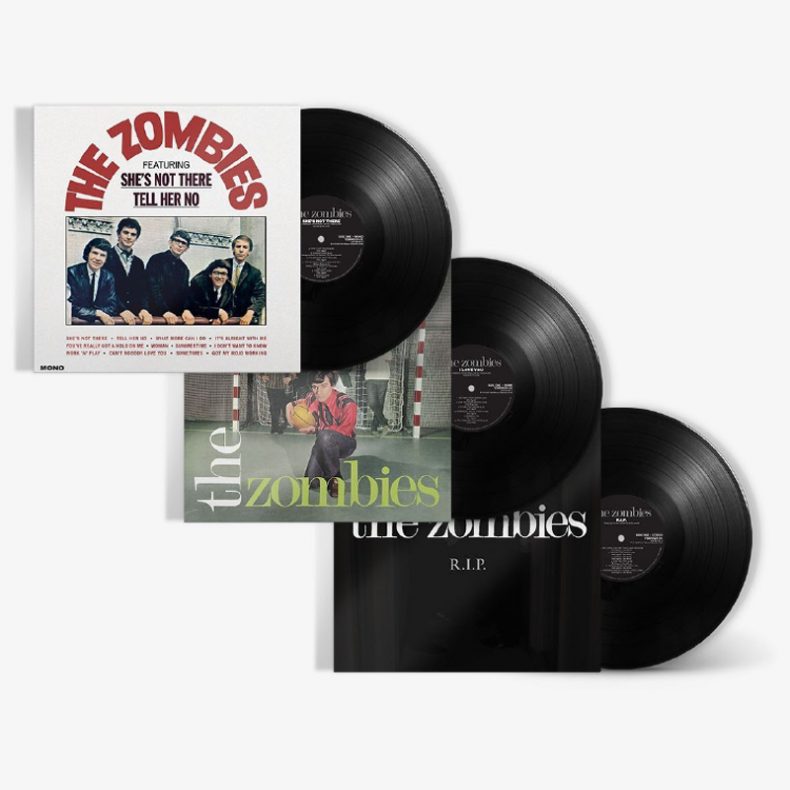 It’s time to take a deeper dive into one of most influential bands of the ‘60s, Rock and Roll Hall of Fame inductees, The Zombies . That’s why the iconic group is proud to announce reissues of their classic albums, The Zombies , I Love You and R.I.P on vinyl. With a slated release date of July 31st, the vinyl collection will be available for casual fans and dedicated followers alike to add to their collection.

The Zombies is the classic debut album from the rock icons including smashes “She’s Not There” and “Tell Her No”. I Love You is best known to Zombies fanatics as the crucial compilation, originally released as an introduction to the American public, featuring the top 5 hit “She’s Not There.” The reissue of I Love You will be the record’s first wide re-release in the United States.

Originally scrapped in 1969, R.I.P has gone down in musical lore as the legendary group’s “lost” album. Assembled in the wake of the success of “Time of the Season” the album contains the band’s last recordings and other assorted unreleased numbers including, “Imagine the Swan” and “If It Don’t Work Out.”

The first wave of the 60’s British Invasion saw a diverse influx of sounds and styles infiltrating the soundwaves. At one end of the scale were the students of American R&B, whose music emphasized inspirations drawn from jazz and blues of a bygone era. On the other end lived the sophisticated, intricately arranged atmospherics of The Zombies . There was no other band whose sound filled space as gorgeously and completely as The Zombies: the jazz-inflected electric piano of Rod Argent , the choirboy vocals of him and his St. Albans schoolmates, bassist Chris White and lead singer Colin Blunstone . Other schoolmates, Paul Atkinson on guitar and vocals, and drummer Hugh Grundy , rounded out the classic original lineup, which endeared itself overnight to the most loyal and dedicated army of fans, to which any rock band can lay claim.

At the end of the day, it always comes back home to the triad of career-defining hits by The Zombies that beg the question: Where were you the first time you heard “She’s Not There” or “Tell Her No” or “Time of the Season?” Their second and final album Odessey and Oracle has earned its reputation (and its spot inside the Top 100 on Rolling Stone ’s list of the 500 Greatest Albums of All Time) alongside such masterworks as The Beatles’ White Album and The Beach Boys’ Pet Sounds . Rod Argent’s eponymous band gave majesty and definition to the ’70s, but The Zombies, which he and Colin Blunstone have been helming on records and tours for the past decade, are truly a rock band for all seasons.

SPILL NEWS strives to keep our readers up to date with news and events in the music industry. We keep you informed of the most recent information regarding new releases, tour dates, and information items about your favourite artists.
RELATED ARTICLES
craft recordingsi love younews
8.0

by Aaron Badgley on December 18, 2020
George Thorogood And The Destroyers Live In Boston, 1982: The Complete Concert Craft Recordings George Thorogood has been making music [...]
8.0