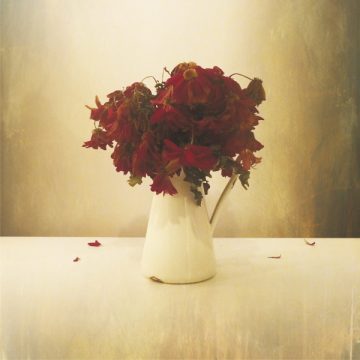 The Lion And The Wolf
The Cardiac Hotel
Xtra Mile Recordings

The Lion & the Wolf joined up with Xtra Mile Recordings for the second album by British singer and songwriter Thomas George. The Cardiac Hotel delivers more of the smooth Indie expected from his first album, Symptoms, but ups the ante on emotion. The entirety of the album was expedited by the discovery of George’s father developing a serious illness. The lyrics and creative direction for the album paid tribute to his father while unpacking his personal world for his listeners. In each track the artist’s pain can be felt, but the lyrics transcend scenario and speak to a broader audience going through anything difficult.

While the album single “Find The Time” along with “My Father’s Eyes” and “The Hospital Floor” are particularly heartbreaking, each song manages to take the listener a little further down the rabbit hole of George’s experience. Soft melodies and powerful lyrics follow a sugary sweet voice with just a hint of a rocker’s edge. The effortless quality of warm sound is pleasantly offset by a strong brassy bass line and a felt drum presence. Still, the most striking contrast in the work is that between the soothing music that will gently lilt you to sleep and the extent of the raw pained emotion that rests behind each lyric.

For an album that lies in pure melancholy, the result remains one that still feels easy enough to put on in the day-to-day background. A tempered upbeat tempo is felt through various tracks, even while the words tell a conflicted story. Whether in need of a mellowing out or a good solid cry, this is the album you should grab. Sift through the musical pages of Thomas George’s 2015/16 journal with The Cardiac Hotel on October 7 and stay tuned for tour dates being announced soon.

Emily Rubin is a lifestyle writer who focuses most of her efforts in the fashion & digital marketing spaces. She forayed her modern version of pen to paper time into the world of Spill Magazine to uncover new music aside from the “Discover” playlist on Spotify. With an eclectic musical palette, Emily reviews a wide host of tunes for Spill, but her concert coverage exclusively explores the scene of her native Montreal.
RELATED ARTICLES
album reviewsxtra mile recordings
7.0