SPILL NEWS: THE WRECKS RELIVE THEIR SOLD-OUT SUMMER TOUR WITH NEW “WHERE ARE YOU NOW” MUSIC VIDEO 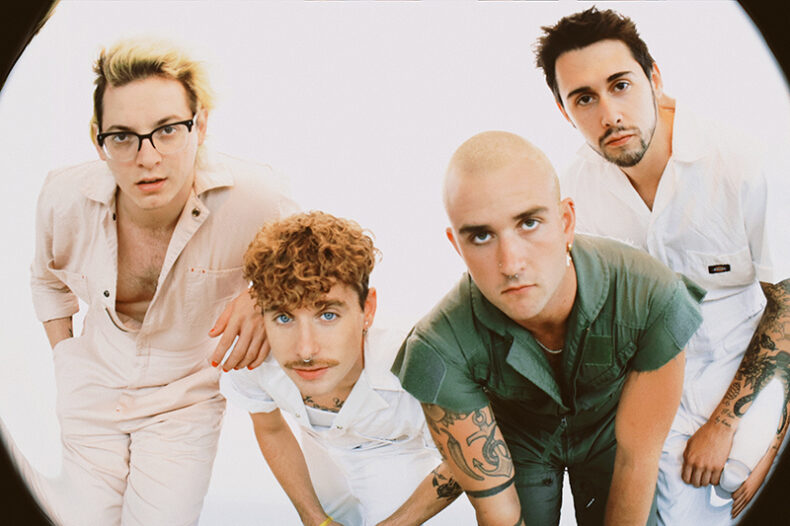 BACK AND BETTER THAN EVER TOUR STARTS OCTOBER 11

With their live performance being hailed by Minnesota Daily as “a night of electricity, both figuratively and literally,” LA alt-rockers THE WRECKS extensively showcase their magnetic ‘live’ energy in their new “Where Are You Now” Video (out now). Like Shepherd Express exclaims, “Vulnerability plays an important role in The Wrecks’ work. In both his songs and onstage persona, [vocalist/producer] Nick Anderson pulls every lyric, every note from personal experience. The result is songwriting that is uncomplicated and deeply honest. It is hard not to feel as though Anderson is giving pieces of himself to fans in every performance, especially when he picked up an acoustic guitar and delivered some of his most heart-wrenching songs.”

“One of my favorite memories from our last tour was performing ‘Where Are You Now?’ with girlhouse who is featured on the song and joined us on stage during our Summer headline tour each night,” says Anderson. ”We filmed a lot of moments throughout that tour and from that came this live video. Watch it now to get a taste of what’s to come on our next tour, happening this fall.”

Edited by Natalie Hewitt, the footage from the video was captured by David O’Donahue and Sophia Ragomo from the band’s wildly successful, 90% sold out, June/July Better Than Ever Tour – following the release of their sophomore album Sonder. The band are currently prepping to head back out on the road in October for the Back And Better Than Ever Tour featuring support from CARR and Arlie. They will also be releasing a new single later this month from the Sonder Deluxe Edition coming out this Fall.

The Back And Better Than Ever Tour kicks off with a performance at Sonoma Harvest Festival in Sonoma, CA on October 9 before concluding on November 19 at Majestic Theater in Ventura, CA. In-between, the band will hit cities such as Las Vegas, Detroit, Baltimore, Miami, New Orleans, Houston, San Diego, and more. Tickets and VIP can be found at WeAreTheWrecks.com

SPILL NEWS strives to keep our readers up to date with news and events in the music industry. We keep you informed of the most recent information regarding new releases, tour dates, and information items about your favourite artists.
RELATED ARTICLES
arlieback and better than everbig noise

SPILL NEWS: THE WRECKS FIND SOLACE AFTER BREAKUP BY SMASHING THINGS IN “THINGS YOU MAKE ME DO” VIDEO | TOUR DATES

by SPILL NEWS on October 12, 2022
THE WRECKS FIND SOLACE AFTER BREAKUP BY SMASHING THINGS IN “THINGS YOU MAKE ME DO” VIDEO SONDER DELUXE OUT NOVEMBER 4 VIA BIG NOISE Alt-pop band The Wrecks share a dynamic video for their newly released blustering alt pop single [...]