SPILL NEWS: SPINAL TAP, THE BLUES BROTHERS AND THE MONKEES NAMED TO THE FICTITIOUS ROCK AND ROLL HALL OF FAME 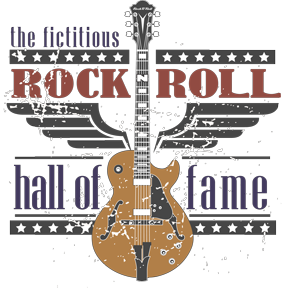 SPILL NEWS:  SPINAL TAP, THE BLUES BROTHERS AND THE MONKEES NAMED TO THE FICTITIOUS ROCK AND ROLL HALL OF FAME

The First Class of the Fictitious Rock and Roll Hall of Fame has been announced with Spinal Tap, the Blues Brothers and the Monkees becoming the first inductees as the result of a year long online vote.

After three rounds and a full year of online voting, the Fictitious Rock and Roll Hall of Fame has announced their first full class.

The Blues Brothers, Spinal Tap and The Monkees were the top three vote getters and comprise the inaugural class.

Portrayed by Dan Aykroyd and John Belushi, the Blues Brothers received the most votes.  “Joliet” Jake and Elwood Blues fronted an all-star band that was originally seen on Saturday Night Live.  In their 1980 feature film, the siblings were on “a mission from God” and inadvertently introduced classic blues music to a new generation.

Finishing second in the vote was Spinal Tap, who were also portrayed by Saturday Night Live alumnus.  Michael McKean (David St. Hubbins), Christopher Guest (Nigel Tufnel) and Harry Shearer (Derek Smalls) created what is considered to be the best “mockumentary” of all time and is considered a classic.

The final inductees of the first class are the Monkees, who were assembled to portray a fictional band but would later become one.  The Monkees (Davy Jones, Michael Nesmith, Peter Tork and Mickey Dolenz) were one of the most successful pop groups of the 1960’s.

These three inductees beat out the following finalists (in order of their vote totals) in the Final Round:

– The Wonders (That Thing You Do!)

– Alvin and the Chipmunks

– The Archies (The Archie Show)

Voting is now open for the Preliminary round for the 2016 Rock and Roll Hall of Fame Class.

Like last year, there will be a Preliminary round leading to 40 Semi-Finalist Candidates, which will pared down to 15 Finalists.

The site can be found here: http://www.notinhalloffame.com/fictitious-rock-and-roll-hall-of-fame

SPILL NEWS strives to keep our readers up to date with news and events in the music industry. We keep you informed of the most recent information regarding new releases, tour dates, and information items about your favourite artists.
RELATED ARTICLES
newsspinal tapthe monkees