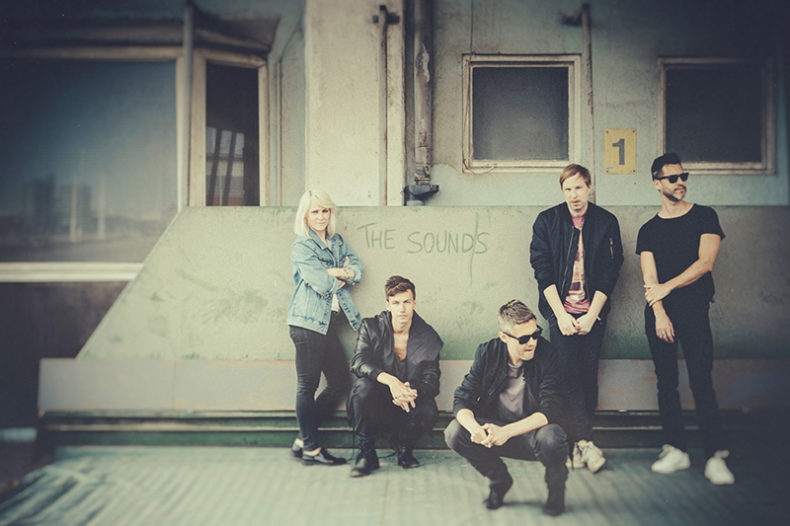 It’s been just about a year since THE SOUNDS were in the U.S. celebrating the 10th anniversary of their breakthrough album Dying to Say This To You, but for the Swedish indie rockers, it’s been too long.  Because of this fond absence, The Sounds have announced a string of California dates this November. “Any time we have an opportunity to come back to the USA and play for our fans, we embrace it fully,” says vocalist Maja Ivarsson. “Especially when it is for a California tour as we’ve always called it our home away from home. Our fans are so passionate, how can we not want to go and play for them every chance we get?”

In support of their EP The Tales That We Tell released this Summer, they will be kicking off at Santa Ana’s Observatory on  November 8th and wrapping up on the 17th in Pioneertown’s Pappy and Harriets, with dates in San Francisco, Los Angeles, and San Diego among others. (tour dates below)

Released as a special thank you to fans, The Tales That We Know is a four-track EP that finds the band in peak form. Framed around the previously released single “Thrill”, it collects recent recordings that the band wanted to give to fans while they awaited the band’s next move.  “We were in the studio working on new songs, and rather than wait for some time in the future where the songs may come out on an album, we wanted to share this new music with our fans, now,” Maja explains.

Formed in 1998 in Sweden, The Sounds exploded on the alt-rock scene with their wildly-lauded 2002 debut Living in America and its breakthrough singles “Seven Days a Week”, “Rock’n Roll”, and the aptly named title track. Fronted by the striking Maja Ivarsson, The Sounds have continued to remain on the forefront of the music scene, releasing a handful of albums, each spawning single after single like “Tony the Beat”, “Painted By Numbers”, “Song With A Mission”, “No One Sleeps When I’m Awake”, “Beatbox”, “Something to Die For”, “Dance with the Devil”, “Shake Shake Shake” and “Weekend”.

SPILL NEWS strives to keep our readers up to date with news and events in the music industry. We keep you informed of the most recent information regarding new releases, tour dates, and information items about your favourite artists.
RELATED ARTICLES
arnioki recordsnewsthe sounds

SPILL NEWS: THE SOUNDS RESCHEDULE INTIMATE TOUR DATES IN SUPPORT OF ‘THINGS WE DO FOR LOVE’

by SPILL NEWS on August 3, 2021
THE SOUNDS RESCHEDULE INTIMATE TOUR DATES IN SUPPORT OF THINGS WE DO FOR LOVE When the pandemic swept globally, Swedish indie rock group The [...]
8.0