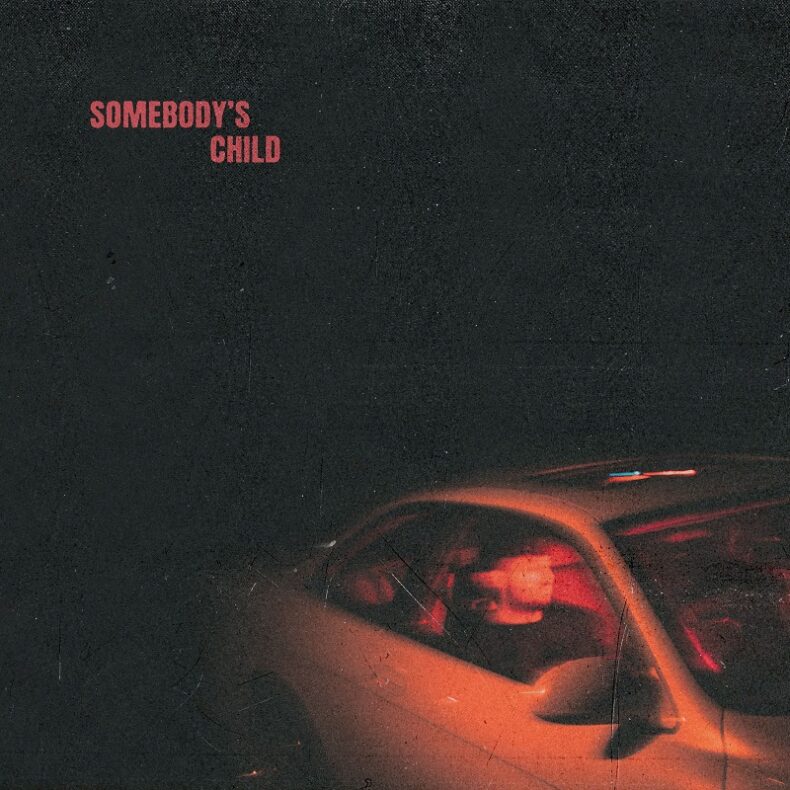 On February 3 Cian Godfrey who records and performs as Somebody’s Child will release his debut self-titled album via Frenchkiss Records. Today he shares a new taste of the LP by way of new single “I Need Ya.” While he now lives in London, the video was shot in Godfrey’s home-country of Ireland and he shares “Drift culture (a motorsport) is a big thing in Ireland and when the director came to me with the idea I immediately thought it was cool as some of my friends are big into it. We didn’t want an emotional video but something fun and energetic, while also shining light on an Irish subculture that goes a little unnoticed. It was a lot of fun.”

“I Need Ya” follows previous singles “We Could Start A War,” “Sell Out,” and “Broken Record,” where Godfrey says, “This was one of the first songs that defined the sound and pace of the album. Some of this album can be boiled down back to my chronic fear of growing older. To me this track in particular is a gentle reminder to stay young for as long as you can.”

Somebody’s Child has its roots in Godfrey’s formative years growing up in Dublin and the experiences that went with it. It was recorded at East London’s Hackney Road Studios with the producer Mikko Gordon (The Smile, Gaz Coombes, Thom Yorke)

This month Somebody’s Child embark on a world-wide tour that includes stops in Austin for SXSW as well as a show at New York City’s Mercury Lounge on March 22 and at The Middle East Upstairs in Boston, MA on March 23. Shows in London, Manchester, and Amsterdam are now sold out. Tickets on sale now HERE and all dates are listed below with more to be confirmed in North America.

Somebody’s Child has quickly established himself as a voice at the forefront of the new music scene in Ireland. Early support slots in Dublin with the likes of Kodaline, Primal Scream, and Kaiser Chiefs, as well as national radio play and an appearance on the nation’s beloved Late Late Show all acted as vindication for Cian Godfrey holding back the unveiling of SC until the relatively late age of 23 – he had honed his craft and formulated a clear message ahead of time.

Indeed, the inception of Somebody’s Child had been some years in the making. Growing up in Paris in the late 90s / early 00s, a young Godfrey was pushed into playing piano, with little other exposure to music aside from his father’s small record collection featuring the likes of Leonard Cohen and Tom Waits. Leaving school, Godfrey attended a music college in Dublin which ultimately gave him the time he needed to develop an obsession and formulate an idea. It was here where SC first came into fruition. Initially, it was just a vehicle with which to write songs for others – the “vanity” of the entertainment industry being a turn off. Latterly, it evolved into the fully-fledged, public-facing indie rock outfit as we see it today after band members joined one by one and fate put Godfrey and the front and centre of it all.

The notoriety generated by the early releases wasn’t confined to the Emerald Isle – the UK’s interest in particular had been piqued by Godfrey’s way with a chorus, apparent crossover potential and early comparisons to Tame Impala and Arctic Monkeys. The 20-Something EP, released during worldwide lockdown in 2020, was perhaps the best manifestation of this, giving Godfrey his first airplay on stations such as BBC Radio 1 and Radio X, and nods on numerous high-profile Spotify playlists. Never one to rest on his laurels, two EPs followed in quick succession (2021’s Hope, Amongst Other Things and Staying Sane), and when Somebody’s Child was finally able to perform his first headline tour of the UK and Ireland in late 2021, the shows witnessed large crowds of enthusiastic fans and an atmosphere of celebration.

With music often said to be a product of its environment, Godfrey is keen to impress upon listeners an image of a modern, progressive Ireland – albeit one with an ongoing housing crisis – and not the stereotypical one often portrayed by foreign media. “We’re not all smoking cigarettes, drinking Guinness around a candle in some pub reading Joyce. We’re a forward thinking group of people who are struggling to afford to live in the place we’re from. This album has been my escape”, Godfrey says.

Containing songs old and new, the LP acts as touchstone for where Somebody’s Child is today – looking steadfastly towards the future whilst acknowledging what has got him to this point. Thematically, it’s a melting pot of the band’s influences – ‘80s synth sounds inspired by The Cure and Joy Division and guitar riffs which recall the mid/late 2000s indie rock. “It’s a culmination of a lot of different areas and styles, but comes together under the same sonic heading,” Godfrey explains. “The album is the idea of the ‘80s rolling into the ‘00s in 2022.”

Catchy and life-affirming songs aside, what does it all mean? Godfrey is keen to emphasize it’s all about the listener and what they might take from it. “Most of all, I want my music to help people who are struggling. I struggled with anxiety and panic attacks and music grounded me, so I would like to think my music could help change someone’s life too.”

SPILL NEWS strives to keep our readers up to date with news and events in the music industry. We keep you informed of the most recent information regarding new releases, tour dates, and information items about your favourite artists.
RELATED ARTICLES
frenchkiss recordsnews