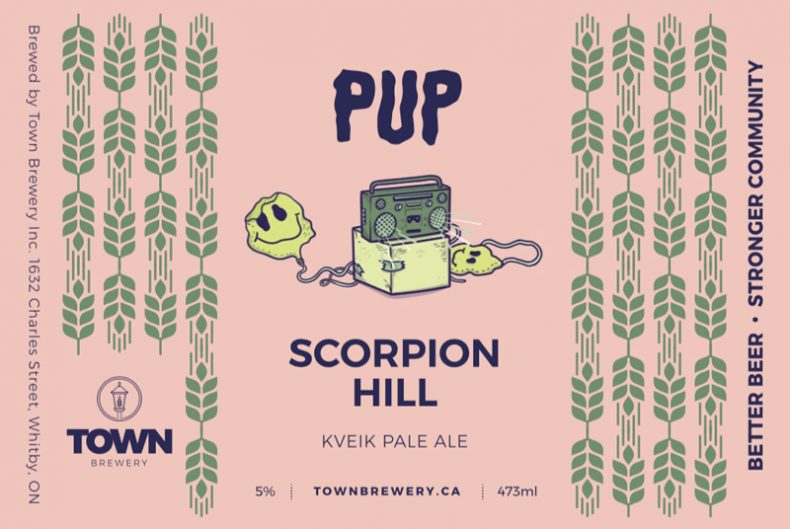 Town Brewery makes quality craft beer in Whitby, Ontario and regularly collaborates with like-minded businesses and organizations on their “Community Brews”, whereby a percentage of proceeds go directly to various charity organizations. “We’re all big fans of the band (PUP) here at the brewery and we thought, since they are known for their charity work in the past, we should just reach out to the guys and see if they’d be down to help brew a beer for a good cause…” said Town Brewery co-founder Jeff Talmey. “It helps that they love good beer, and were excited to make something interesting, that aligns with our values.”

“When an awesome spot like Town Brewery asks if you want to be involved in a beer-related charity initiative, the answer is obvious. Especially when it benefits such an amazing group as Sistering. Working on behalf of women in need in the Toronto area, be they homeless, marginalized or socially isolated, their cause of compassion is very close to our hearts.” ~Zack Mykula of PUP 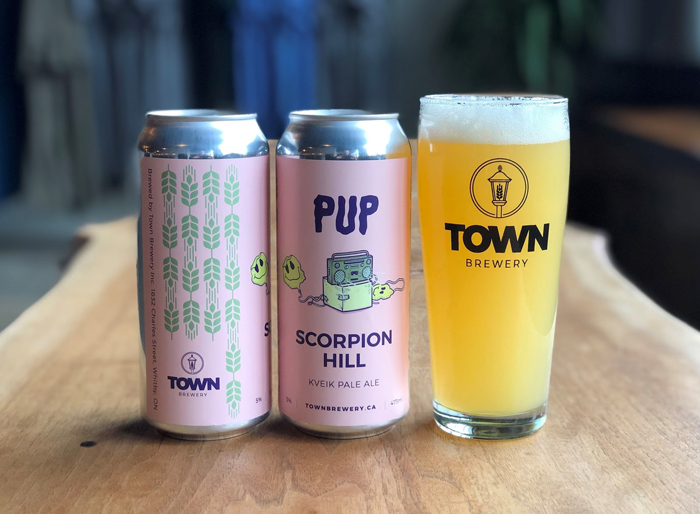 The resulting brew is a Kveik Pale Ale named “Scorpion Hill” after the 5th track on their latest JUNO Award Nominated album, Morbid Stuff.  Kveik is an ancient yeast, used for centuries in Norway and just now gaining popularity in North American brewing applications, that is beloved for its versatility and the complexity it brings to the beer.

Scorpion Hill Kveik Pale Ale will be released on Friday, February 21 online and in Town Brewery’s taproom at 1632 Charles St in Whitby and then will be available at the sold out PUP show at The Oshawa Music Hall on Saturday, February 22nd.

Sistering is a multi-service agency for at-risk, socially isolated women and trans people in Toronto who are homeless or precariously housed.

SPILL NEWS strives to keep our readers up to date with news and events in the music industry. We keep you informed of the most recent information regarding new releases, tour dates, and information items about your favourite artists.
RELATED ARTICLES
newspuptown brewery

by SPILL NEWS on April 15, 2021
THE BLACK KEYS CELEBRATE MISSISSIPPI HILL COUNTRY BLUES WITH NEW ALBUM DELTA KREAM ON MAY 14 + [...]