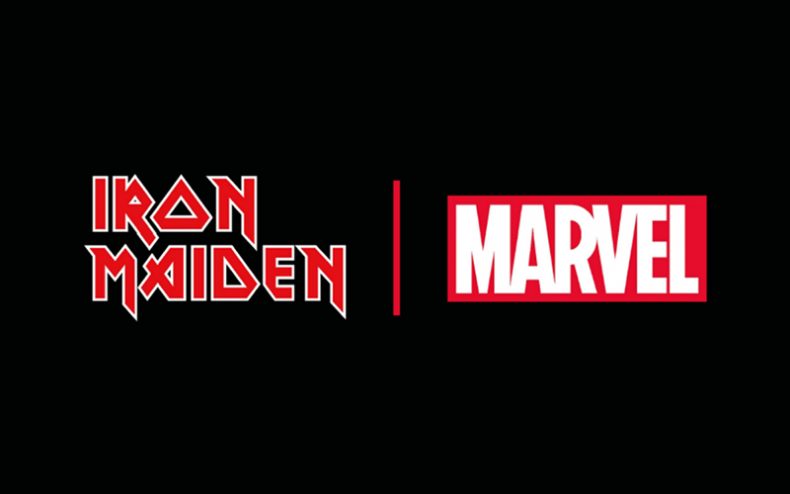 Iconic British rock band Iron Maiden and entertainment powerhouse Marvel have collaborated to create a unique collection of merchandise. Fans of both will be dealt a wide assortment of apparel and accessories that highlight iconic Marvel characters and the notorious other worldly character Eddie.

This collaboration interweaves the universes of both brands, with designs that pay tribute to Wolverine, Venom, Thanos and Deadpool in unique variations of iconic album and single artwork such as Fear of the Dark, The Trooper and Killers.

Iron Maiden manager Rod Smallwood comments, “Eddie has long stood shoulder to shoulder with the greatest super heroes and we’re also pretty proud of the Worlds we created for his many incarnations – from battlefields to Egyptian tombs to frozen icescapes or futuristic cities. Juxtaposing some of the most recognizable characters in pop art & comic book culture into planet Maiden has been an ambition of ours for years and working with Marvel and their unparalleled character-based IP is the perfect fit in this day & age.

To see such iconic characters alongside Eddie is something our fans have discussed for years and we think that the twist of placing Venom, Thanos, Thor or Deadpool in our Maiden worlds will excite fans of both cultures.”

Iron Maiden is recognized as having one of the most iconic figures in music, in the shape of Eddie whose image appeared on the band’s debut single, “Running Free,” and has evolved to adorn every piece of artwork, including albums, tour posters, beer labels, graphic novels and merchandise, even featuring in computer games and award-winning mobile RPG game, Legacy of the Beast.

“Marvel is cool and aspirational, and has inspired the greatest artists, musicians and creators for more than 80 years,” said Paul Gitter, SVP, Marvel Licensing. “This collaboration offers another exciting example of how the Marvel brand continues to push into lifestyle areas, with music being a top priority, and the collection allows fans to pay tribute to our iconic characters, while celebrating the legendary, Iron Maiden.”

SPILL NEWS strives to keep our readers up to date with news and events in the music industry. We keep you informed of the most recent information regarding new releases, tour dates, and information items about your favourite artists.
RELATED ARTICLES
bruce dickinsoneddieiron maiden

by Josh Whitworth on June 29, 2018
Bruce Dickinson Scream For Me Sarajevo: Music From The Motion Picture Sanctuary Records Not only is this album just a great hard rock album, [...]