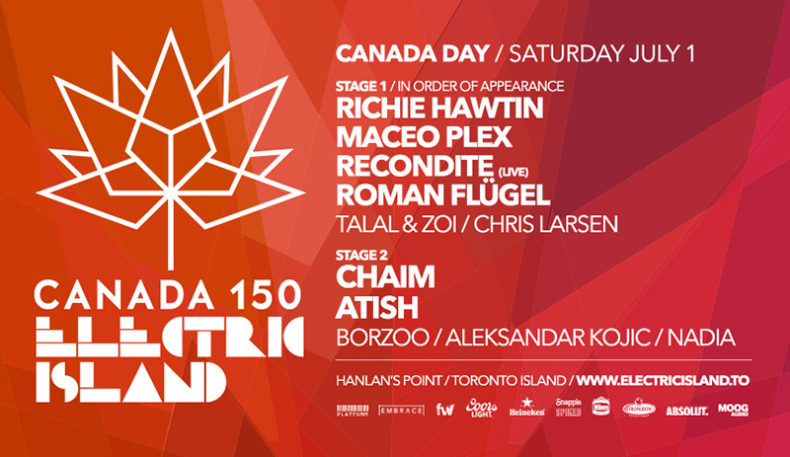 It’s fitting that Windsor-born Ritchie Hawtin’s debut at Electric Island Festival will be on Canada Day.  Fans hope that Canadian techno star and Toronto’s much-loved underground electronic music summer festival will return to the island after the season opener was forced to move (successfully!) to Woodbine Park as a result of extreme flooding on Toronto Island. But while the “Island” may have been dropped from the bill in May, the music remained “Electric” and proves to continue as such with the phenomenal July 1 line up. Another bonus: we get to sleep in on Sunday! 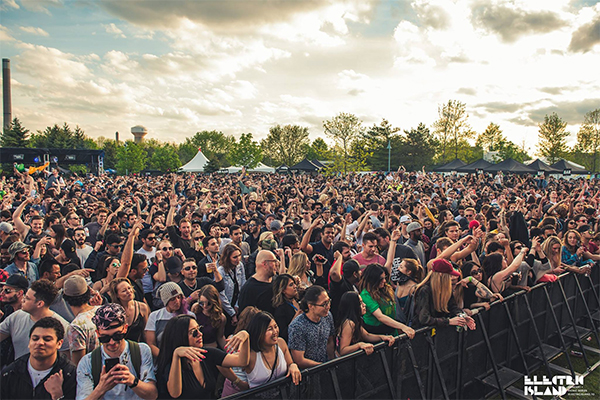 Electric Island Festival’s #150 features Maceo Plex, Berlin’s Recondite, and Roman Flügel on the main stage, with Atish and Israel’s Chaim headlining the new, “mellower” second stage. For those who were privy to Chaim’s treehouse set at SXM Festival in 2015, get ready. To have Atish and Chaim on the same stage should be positively surreal. Those who caught Hawtin at SXM or, more recently in Detroit at Movement, will also be in for a treat. As for Maceo Plex and Recondite, they always deliver.

Talia Wooldridge is an avid music lover, composer and ethnomusicologist who contributes artist interviews, live concerts, festivals and album reviews for Spill Magazine. She has written extensively on the intersection of music, personal identity and cultural symbolism with an early focus on Latin American Hip Hop and female Cuban rappers. In her spare time, Talia writes, composes music and manages Music Can Heal, a non-profit that brings live, award-winning musicians to inspire healing in hospitals, hospices and communities in need. Her next project is an interactive music-travelogue exploring music cultures and music travel around the globe. Follow her here: www.taliawooldridge.com + www.movetoyourownbeat.com.
RELATED ARTICLES
canada dayelectric island festivalfeatures