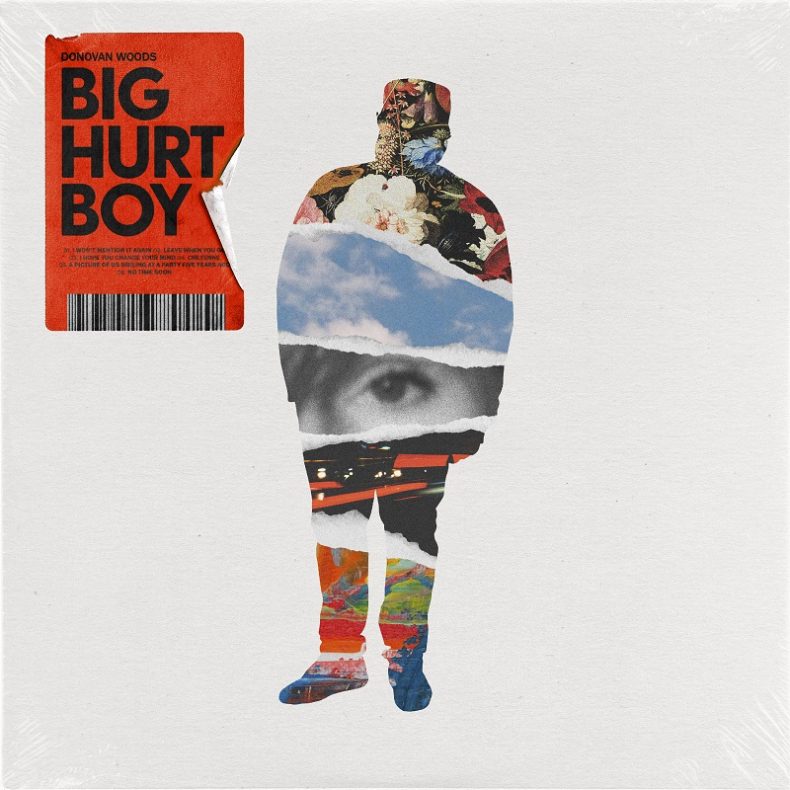 Juno Award winning singer-songwriter Donovan Woods has released a new single, “I Won’t Mention It Again” to announce his latest effort, the Big Hurt Boy EP, for a March 18 release via his own End Times Music. Woods will head out on tour across Canada in support, with U.S. dates to be announced in the coming weeks.

Woods was in on the joke when he named Big Hurt Boy. Riffing on a lyric from a Martin Simpson song (“Never Any Good”), the six-song collection explores how our failures — and our fixations on them — not only shape but enlighten us. “I write about them again and again, just hoping people will still be interested. So the title is poking fun of myself, that I’m theoretically this big sad guy who keeps getting dumped and writing fucking songs about it,” he notes. Or you could think of it this way: Woods’ deep curiosity about the human condition is why we so clearly hear our own stories in his. The details differ, the characters change, but at their core, Donovan’s songs are for and about everyone.

With this record, Woods looked to capture more of an ‘undone’ quality, wanting to “get back to the feeling that my early recordings had,” notes the winner of the 2019 Juno Award for Contemporary Roots Album (for Both Ways). And yet, while Big Hurt Boy was recorded largely live, harnessing the electricity of a roomful of musicians laying down tracks in the studio, the collection brims with some of the luminous production touches Woods has been adding to this repertoire lately, such as on “I Won’t Mention It Again”, which opens featuring just Woods on banjo and vocals, before fading into a spectral backdrop of electronic textures and layers of lush harmonies.

Woods released a first taste of Big Hurt Boy, “I Hope You Change Your Mind” co-written with David Hodges (Maren Morris, Carrie Underwood, Ed Sheeran), this past autumn, an understated tearjerker on tune. Wrapping a transformative year for Woods, which began with the release of a deluxe edition of his acclaimed 2020 album Without People, featured a duet with Grammy Award winning singer-songwriter Aoife O’Donovan on “IOWA”, and a foray into anthemic dance pop as the featured vocalist on Dabin & Nurko’s “When This Is Over”.

SPILL NEWS strives to keep our readers up to date with news and events in the music industry. We keep you informed of the most recent information regarding new releases, tour dates, and information items about your favourite artists.
RELATED ARTICLES
donovan woodsnews

by Bryan Williston on April 20, 2018
Donovan Woods Both Ways Meant Well Both Ways is the fifth album from Canadian singer-songwriter Donovan Woods. It is a strong collection of songs that defies genre labels. For those who [...]

by Elizabeth Andrews on September 23, 2016
Donovan Woods They Are Going Away EP Meant Well “The songs are about coping with loss, and wholesale changes, that sort of thing. The title, I suppose, is trying to get at the [...]