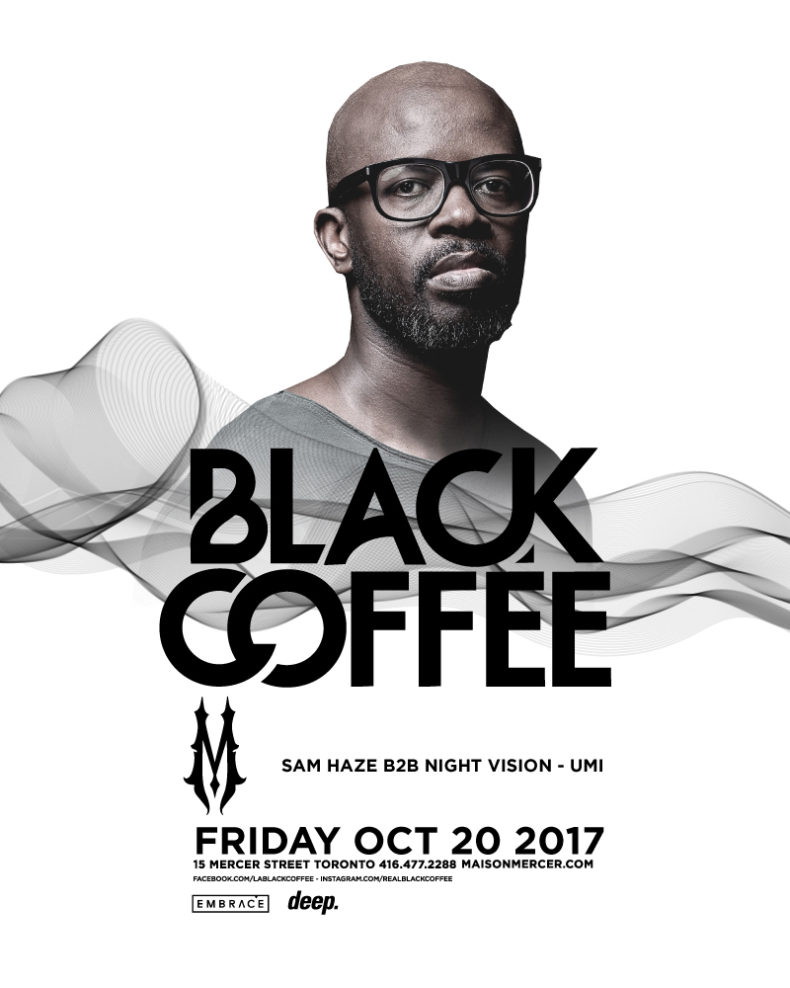 On Friday, October 20, Toronto’s most dynamic venue Maison Mercer welcomes guests for another edition of deep. featuring globally renowned DJ-Producer Black Coffee! Not only has Black Coffee climbed his way to the top of the ladder, finding himself as one of today’s most sought-after DJs, he’s also made history when he became the first South African to win a BET award in 2016. This summer, Black Coffee claimed the title as the first resident of Hï Ibiza (formerly Space), inviting names like Henrik Schwarz, Damian Lazarus, Loco Dice and more to play alongside him. Black Coffee will close off his season at Hï on September 30, recharging himself just in time for what will be an unforgettable performance in Toronto! 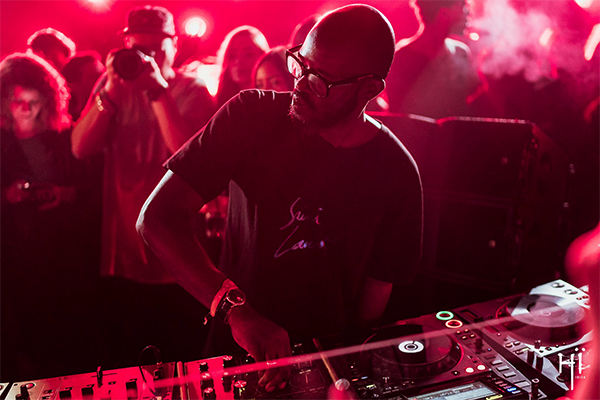 Getting deep. alongside Black Coffee will be Toronto local favourites Sam Haze going back to back with duo Night Vision, as well as Umî and Kevin Faria. Join Toronto’s music lovers and dance floor addicts when Maison opens its doors to an act that rarely hits our city — it’s Black Coffee!

SPILL NEWS strives to keep our readers up to date with news and events in the music industry. We keep you informed of the most recent information regarding new releases, tour dates, and information items about your favourite artists.
RELATED ARTICLES
black coffeenews

SPILL FEATURE: DROWNING IN THE CULTURE – A CONVERSATION WITH AVIV

by Aaron Badgley on April 11, 2022
DROWNING IN THE CULTURE A CONVERSATION WITH AVIV There is a lot happening for AVIV these days. The 16-year-old artist has not only just released her debut album, [...]
8.0

by Gerrod Harris on August 21, 2020
South Of Eden The Talk Lava Records Previously known as Black Coffee, the newly-named South Of Eden have returned with The Talk. The four-track EP is not only their debut under the new [...]
8.0

by Gerrod Harris on June 8, 2018
Black Coffee Take One Independent On their debut album, Columbus, Ohio’s Black Coffee shine as potential stars to the growing rock revival that is sweeping North America. The independent [...]