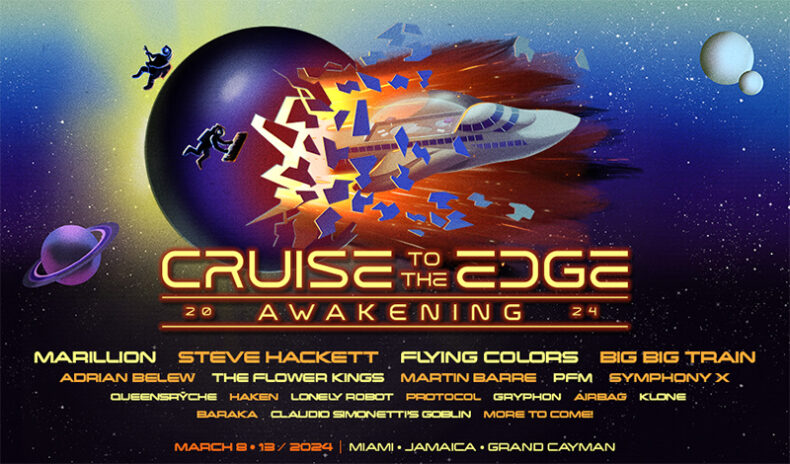 Cruise To The Edge, progressive rock’s largest festival at sea is set to return in 2024 with its biggest cruise ever! The 9th voyage of the prog festival at sea sails from Miami, Florida, March 8th – 13th, 2024, aboard the Norwegian Pearl visiting Ocho Rios, Jamaica and George Town, Grand Cayman. 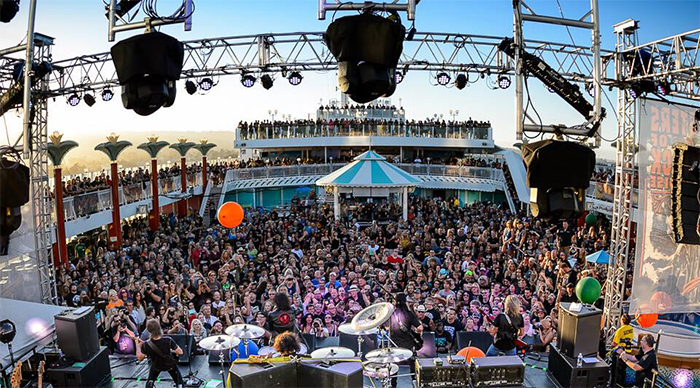 Beyond the sun, fun, and exquisite dining, there will be artist/cruiser photo experiences, Q&A sessions, special theme nights and other events designed to optimize the artist/fan experience. The cruise will once again feature the unprecedented CTTE Late Night Live, where fans can sign up to showcase their own musical talents.

Cruise to the Edge is truly the greatest prog-rock show on earth and is a can’t-miss event for prog enthusiasts throughout the world.

SPILL NEWS strives to keep our readers up to date with news and events in the music industry. We keep you informed of the most recent information regarding new releases, tour dates, and information items about your favourite artists.
RELATED ARTICLES
adrian belewairbagbaraka

by Judi Cuervo on May 2, 2022
CRUISE TO THE EDGE 2022 THIS YEAR’S PROG CRUISE MAKES A LOT OF NOISE. A WHOLE LOT OF NOISE. In the lobby of Homewood Suites Hotel in Port Canaveral, a life-size model of an astronaut greets us, but it’s not the Space Center that has lured Dorie [...]