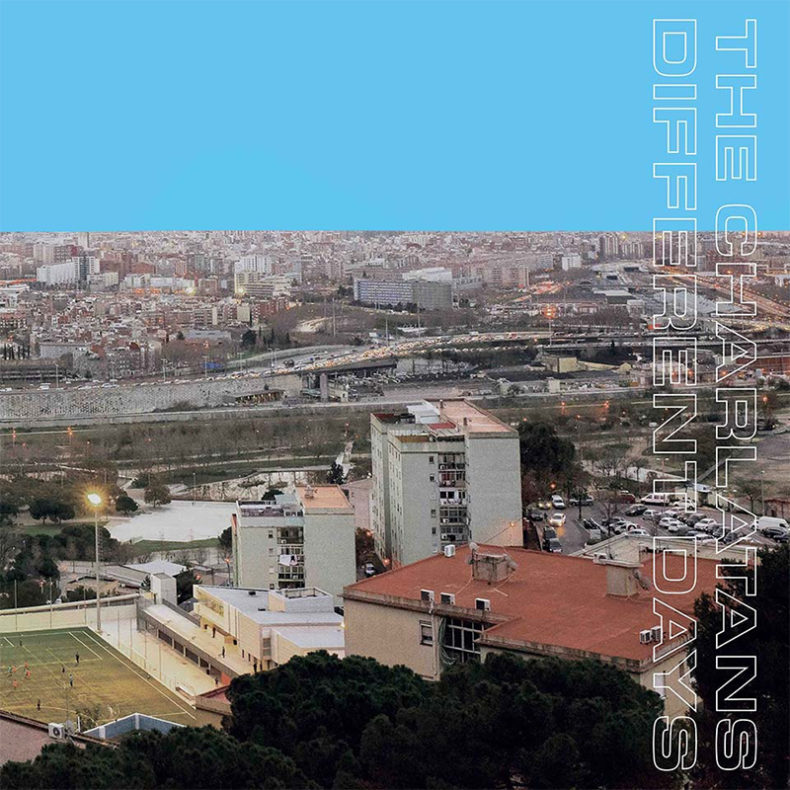 The Charlatans have released the official video for their first album single “Plastic Machinery,” featuring Johnny Marr, from their upcoming studio album Different Days, due out May 26 via BMG. The video was shot in Barcelona by filmmaker and photographer Ewen Spencer, who is also responsible for creating the Different Days album artwork. “It was great fun to make the video,” explains Tim Burgess. “Barcelona is such a beautiful city – the song is about finding beauty in uncertain times and we knew there’d be some sunshine there too.” You can watch the full video below.

Different Days is the band’s thirteenth album. Co-produced by Jim Spencer, the album was recorded at the band’s studio in Cheshire and features contributions from an array of friends… from Paul Weller and Johnny Marr to crime writer Ian Rankin and writer/actress Sharon Horgan. It follows on from the success of The Charlatans’ last album Modern Nature, which drew critical praise across the board, and notched up their eighth Top Ten on the album chart, all capped off with a lifetime achievement award from Q Magazine. The Charlatans had a whirlwind 2015, completing two sold-out UK tours, world tours and popping up as unannounced opening act at Glastonbury, and headlining at the Isle Of Wight and Kendall Calling festivals amongst others.

Different Days will be released on digital, CD, and vinyl. CLICK HERE to reserve your physical copy today.

In support of the upcoming album, The Charlatans have confirmed two signings and acoustic performances at the now-legendary Tim Peaks Diner:

The Charlatans will also be playing the following summer shows with more to be announced in the coming weeks:

SPILL NEWS strives to keep our readers up to date with news and events in the music industry. We keep you informed of the most recent information regarding new releases, tour dates, and information items about your favourite artists.
RELATED ARTICLES
bmgnewsthe charlatans

by Charles T. Stokes on August 27, 2021
Supergrass In It For The Money (Remastered Expanded Edition) BMG With no better reason for Supergrass to reform in 2019 than the fact that playing in a [...]