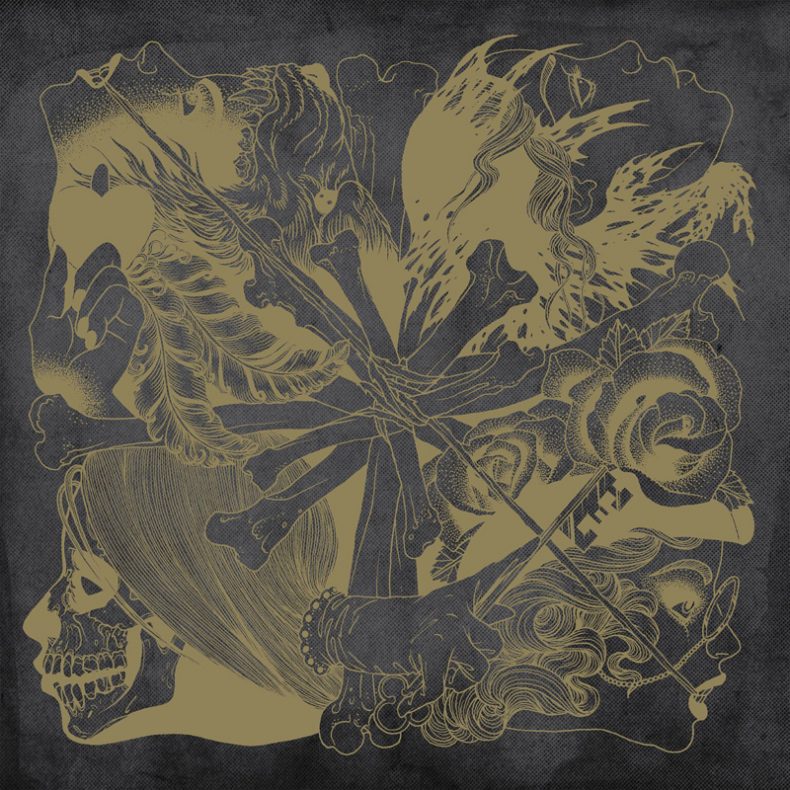 Multiple JUNO-nominated Canadian metal heavyweights, Cancer Bats, are celebrating the 10th anniversary of their critically-acclaimed third full-length Bears, Mayors, Scraps & Bones. To mark the occasion, the band will release a remastered vinyl pressing and a remastered digital version of the album on March 20, 2020 via their own label Bat Skull Records in Canada. The 10th anniversary edition is now available to pre-order on both formats HERE.

Produced by multiple JUNO and Grammy award-winner Eric Ratz and Kenny Luong, the vinyl reissue of Bears, Mayors, Scraps & Bones has been remastered by the legendary Canadian engineer and producer Harry Hess; giving the whole album a new depth and heaviness that can only be contained on 180 grams of sonic destruction. Initially released as a very limited run in the USA (Good Fight) and Europe (Road Runner) in 2010, the original vinyl version sold out almost immediately and has become highly-sought after by fans, with the band receiving constant requests for a much needed repress. Along with the remastering, the anniversary vinyl features new colour ways and new renderings of the award-winning art by Alex Snelgrove and graphics and layout by the infamous designer Andrew McCracken.

“It’s crazy looking back ten years at this album and listening to all these songs,” shares lead vocalist Liam Cormier. “Hearing where we were at as a band, especially having Jaye writing on bass, made everything so much heavier. I could also really scream at this point after playing 1000+ live shows, this is where we really shifted into being more metal and aggressive of a band. I’m also so stoked this vinyl is available worldwide after so many people having been asking us all the time where they can find it and extra stoked it can be out on Bat Skull Records!!!!”

Released on April 13, 2010, Bears, Mayors, Scraps & Bones saw the Canadian foursome heading in a darker and heavier direction musically. The album, which picked up a JUNO nomination for ‘Rock Album of the Year’ in 2011 and garnered an abundance of praise from media around the globe including a highlight cover feature in the now defunct Eye Weekly, showed a sharpening of the band’s musical blades – a tighter rhythm section, a gnarlier teeth- grinding guitar tone, and a vocal performance that truly encapsulates the passion Cormier brings to the stage. Derived from the nicknames of each of the four Bats, the title of the album is a nod to the solidified 4-piece line up that still lives on today of Mike Peters on drums, Scott Middleton on guitar, Liam Cormier on vocals and Jaye Schwarzer on bass.

SPILL NEWS strives to keep our readers up to date with news and events in the music industry. We keep you informed of the most recent information regarding new releases, tour dates, and information items about your favourite artists.
RELATED ARTICLES
bat skull recordscancer batsnews
9.0