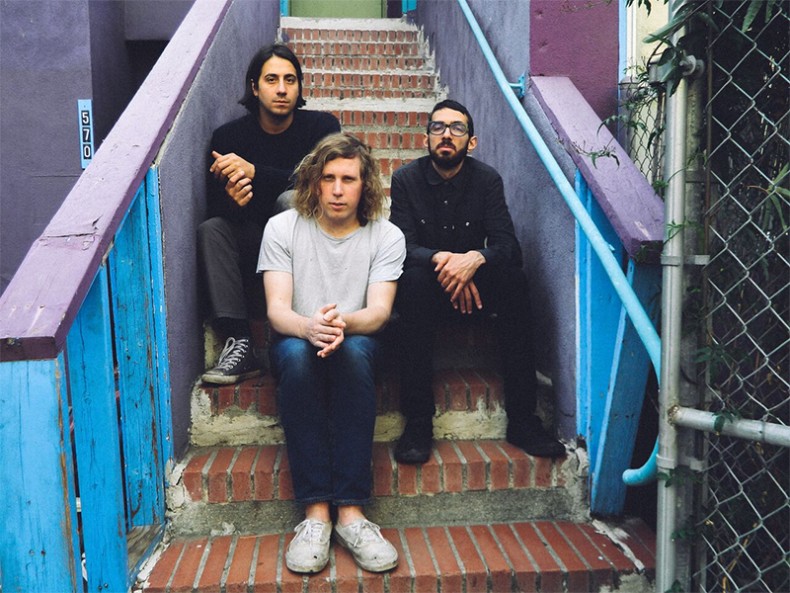 Now based in Los Angeles, Adult Books operates in a liminal zone informed by both small-town ennui and urban isolation. Their first full-length LP, Running From The Blows (out March 4 on Lolipop Records) is a decidedly darker effort, although the band’s knack for memorable hooks remains stronger than ever. The album’s driving post-punk sound draws on the melancholy melodies of New Order, the shimmering guitar work of The Smiths and the nervy urgency of The Wipers. Alternating between sardonic and sincere, the tightly crafted lyrics strive for an emotional honesty even at their most ambiguous.

After a string of successful support slots for acts including FIDLAR, The Garden, Nu Sensae and Tijuana Panthers, as well as legends like OFF!, The Vibrators and Mike Watt, Adult Books has earned its spot as a standout in the LA music scene. A busy touring schedule for 2016 and a tireless work ethic based on musical perfection and progression are sure to solidify the band’s continued success on a national and international stage.

Running From The Blows Track Listing:

1. Casual Wrecks
2. I Don’t Think I Can Stay
3. In Front of Myself
4. Suburban Girlfriend
5. Running from the Blows
6. Nihilism for Beginners
7. Firewalking
8. Silver Lake Goths
9. Lobby Talks
10. Hours on Hands
11. Visions / Revisions

SPILL NEWS strives to keep our readers up to date with news and events in the music industry. We keep you informed of the most recent information regarding new releases, tour dates, and information items about your favourite artists.
RELATED ARTICLES
adult bookslolipop recordsnews