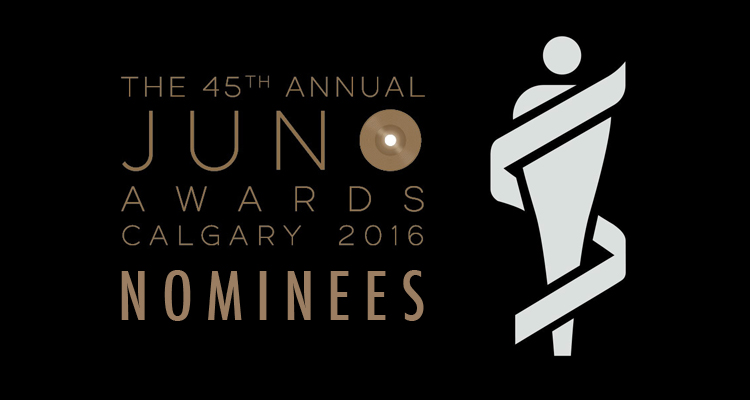 THE WEEKND LEADS WITH SIX NOMINATIONS!

MULTI-NOMINEES INCLUDE ALESSIA CARA, CITY AND COLOUR, DRAKE, JUSTIN BIEBER, SHAWN MENDES, WALK OFF THE EARTH AND MANY MORE!

Tickets to The 2016 JUNO Awards Broadcast on CTV are on sale now at www.ticketmaster.ca

— Voting for JUNO Fan Choice presented by TD has opened at junofanchoice.ca —

The nominees for the 2016 JUNO Awards were announced by The Canadian Academy of Recording Arts and Sciences  at a press conference at The Phoenix Concert Theatre in Toronto this morning, as Canada’s top artists get ready for a trip to JUNO Week in Calgary, March 28 – April 3, 2016.

SPILL NEWS strives to keep our readers up to date with news and events in the music industry. We keep you informed of the most recent information regarding new releases, tour dates, and information items about your favourite artists.
RELATED ARTICLES
alessia carabuffy sainte-mariecity and colour