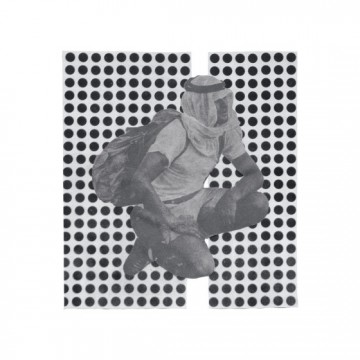 Formed in Berlin in one night, longstanding friends Rhys Edwards and Rhys Williams conceptualised ‘Ulrika Spacek’ and came up with ‘The Album Paranoia’ as their debut album title. Moving back to their shared house ‘KEN’ last summer, an ex art gallery in Homerton, they began work on the project which was to become 10 track experimental alt-rock record The Album Paranoia.

Be on the lookout for their upcoming full length debut The Album Paranoia, set to be released next year through Tough Love Records (EU) and Lefse Records (US). Pre-order it here on CD or white vinyl.

Ulrika Spacek’s soundscape is a cross pollination of hypnotic fuzz, with Tom Verlaine (Television) and Stephen Malkmus (Pavement) guitar idiosyncrasies and intertwining feelings of both angst and melancholia. Drawing influences from Krautrock to Sonic Youth and the above, the two Rhys’ brought in three expert musicians to complete the live formula, which unified The Album Paranoia and ‘Oysterland’, a series of club nights curated by the band, showcasing their first live performances with art installations.