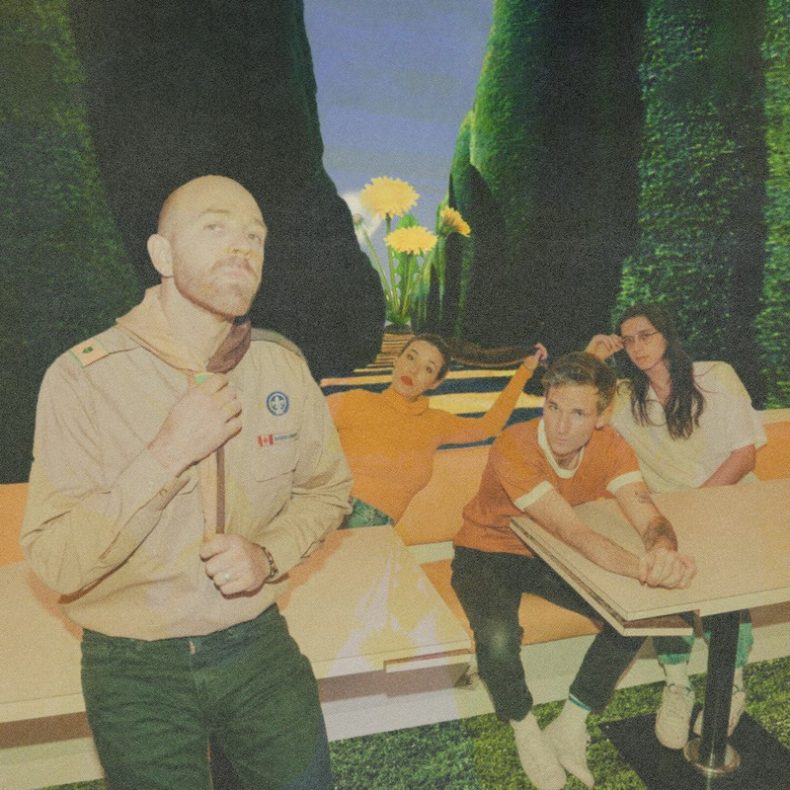 SAID THE WHALE – “SHOW ME EVERYTHING”

Said The Whale have had an excellent start to 2021. Since beginning to unveil their latest material, the result of sessions with producer Steve Bays (Hot Hot Heat), the band’s previously released single, “Honey Lungs,” spent seven weeks as the highest-charting self-released single on the NACC chart, and has just entered the Canadian commercial Alternative Radio Top 10.

“Show Me Everything,” the newest song by the JUNO Award winning band, is a reflective yet hopeful indie-pop track about getting caught up in whatever it is that consumes us and keeping a tight grip on what makes us real, rooted in the elemental. Everyone shows everybody everything all of the time – it’s overwhelming. Contradicting advice from every angle. Who should I be? Where do I fit in? After the battery dies, it’s just this. You. Here. Now. Remind yourself to see and breathe and feel, always returning to what exists within reach.

The captivating, and sombre new video intricately connects the story line of characters between the picturesque, previously released video for “Everything She Touches Is Gold To Me“, and a man reckoning with his actions.

“Show Me Everything” contains all the pure elements of Said The Whale – acoustic piano, acoustic and electric guitar, bass and live drums (performed by original drummer Spencer Schoening). In addition, this is the band’s first song accompanied by a string section including members of the Vancouver Symphony Orchestra. The band has confirmed their new album will be released via Everything Forever, a newly launched label helmed by Tyler Bancroft. More details on the new album will be revealed soon.

by SPILL NEW MUSIC on August 10, 2022
QUEENS & KINGS – “TESTIFY” A SPILL EXCLUSIVE VIDEO PREMIERE Closely following on the heels of the release of their new single “Testify”,” Toronto-based [...]