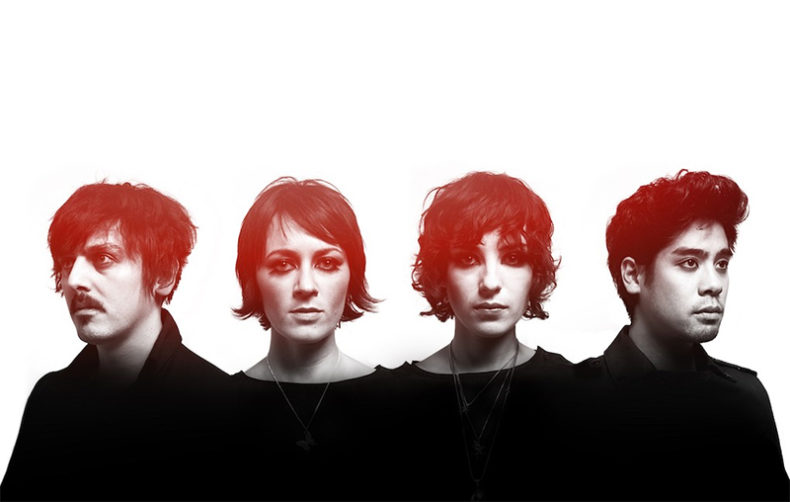 VINCE CLARKE REMIX TO BE RELEASED ON MARCH 5th

Liverpool’s synth meets shoegaze quartet Ladytron return with a new single, “The Animals”. A remix by Vince Clarke drops Monday March 5. Both tracks are available exclusively through the band’s Pledge Music campaign for their forthcoming album. The campaign, which also launches today, will feature deluxe versions of the album and other exclusive items including a limited seven-inch vinyl of the two versions of “The Animals.”

The project reunites the band with Grammy-winning producer Jim Abbiss who produced their iconic album Witching Hour and hit single “Destroy Everything You Touch.”   “The Animals” was the first new song we had, and with it we went immediately into the studio with Jim Abbiss,” says vocalist Helen Marnie. “He’s the producer who has really understood us the most”.

A combination of primitive synths and emotive harmonies, with lyrics that contemplate humans’ bestial impulses, the single is unmistakably Ladytron, yet hints at new horizons to come. Electronic pioneer Vince Clarke adds a new dimension with his remix. Opening with a sick yet flawless bassline, and stripping the shimmering keyboards of the original for a more menacing sound. “We have always wanted to work with Vince in some way, he’s obviously a legend in our sphere,” remarks Ladytron’s Daniel Hunt.

A second single will follow in the summer, followed in the Fall by the album, both via Pledge. The Pledge Music campaign provides a great opportunity to make the album independently and reconnect with their audience.

Helen Marnie, Mira Aroyo, Daniel Hunt, Reuben Wu formed Ladytron in Liverpool, England in 1999. They broke through in the early 2000s with the Light & Magic and Witching Hour albums. After five records and a succession of world tours over a ten-year period, Ladytron took a deserved pause, pursuing other projects, collaborations and creative endeavors, before finally deciding in 2016 to begin work on new music together. “The Animals” is the first fruit of this new chapter for the group.