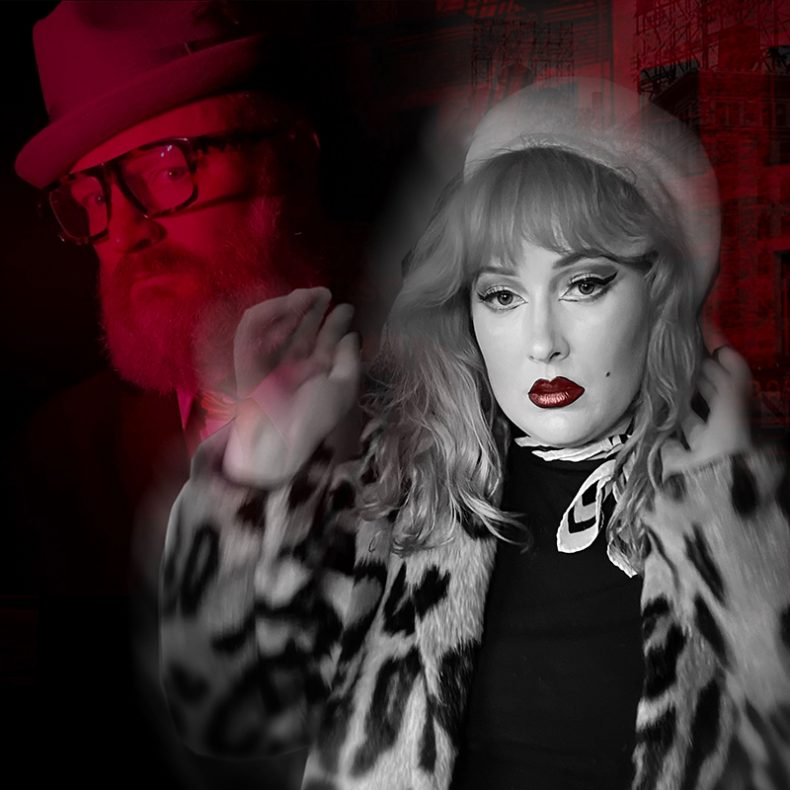 SYMPATHY FOR THE RECORD INDUSTRY

“Growing up in Southern California, my first love was oldies radio. That is, until I found my mom’s copy of Beauty and the Beat, so full of sunshine and sass,” says guitarist Hayley Crusher Cain of California power trio Hayley and the Crushers about discovering her love for the The Go-Go’s and their iconic 1982 debut album. “I was seven years old, wearing my mini mouse swimsuit, singing into a hairbrush, and proclaiming that we, indeed, got the beat. I didn’t quite know who ‘we’ were until I found punk, and punk rock girls. Luckily, I became one.”  Fittingly, Hayley and the Crushers have chosen to cover The Go-Go’s “Lust to Love” from the iconic band’s debut album Beauty and the Beat for the new Go-Go’s sanctioned vinyl tribute compilation from label Sympathy for the Record Industry, If You Gotta Go-Go, Go-Go Now. The compilation is slated for CD release next month and brings together 24 female-led bands from around the world to celebrate.

Along with Hayley’s spirited cover is gal pal, ’80s New Wave icon Josie Cotton and her novel take on dreamy girl pop of “Fading Fast,” also from Beauty and the Beat, which will be released as a single at a later date. “At first, I said ‘no’ when the producer Travis Ramin and John of Sympathy For The Music Industry asked me to be on it,” confesses Josie. “I didn’t know if it made a lot of sense coming from such a powerpop adjacent genre of music with The Go-Go’s. Then I realized I could morph the song into something unrecognizable, and then I had to do it. It’s a double album of the most amazing female rockers paying tribute to this game-changing band ” 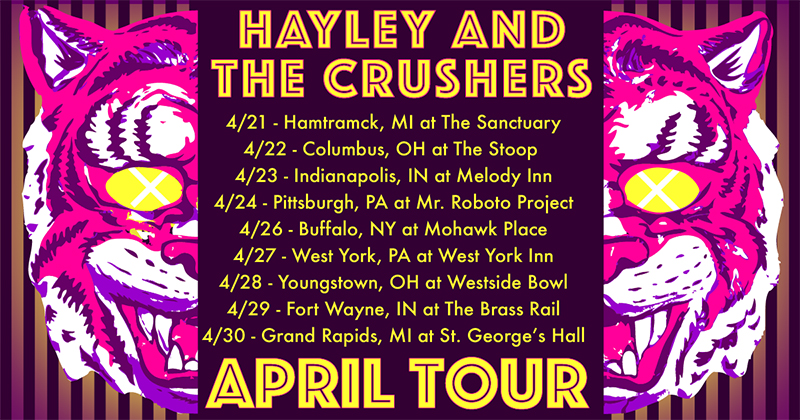 Both Josie and Hayley are currently working on new albums for Kitten Robot Records, the label headed by Josie and home to a diverse roster of artists including the avant post-punk stylings of CrowJane, the layered shoegaze of Tombstones In Their Eyes, the Britpop-leanings of Velvet Starlings, the bass-centered lushness of Kira, and the late Mark Lanegan’s Dark Mark vs. Skeleton Joe – a joint project with The Icarus Line’s Joe Cardamone.

Haley And The Crushers
If You Gotta Go-Go, Go-Go Now
(Sympathy For The Record Industry)
Release Date: April 2022