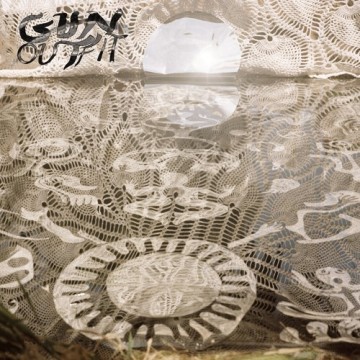 The story of Gun Outfit begins eons ago with the wide diffusion of hominid life forms across what is now Africa, Europe, and Asia. Some of these hominids, we now know, were wild freaks. They loved to munch and browse around nonetheless, and as far we can tell, were desperate to persist despite the apparent superiority of Homo Sapiens, who was proud of caring for the lame, especially its various babies, and who consumed dung-grown psyche mushrooms heartily, for hunting purposes only, so that they could kill and explain and love themselves for all time. The Homo Heidelbergensis, the Homo Sp, Steinheim, and Swanscombe, and all the Erectus’s, these strange precursors with odd braincases filled with weird souls and mandibles for grinding bark types, had much difficulty keeping on and instead were commanded by time to vanish into mud embankments and genetic tracings. Homo Sapiens, meanwhile, fell in love with talk and important scribbling and wondered why it wanted to kill itself.

Thousands of years of later, with wild and flamboyant lineages proudly twisting through only a fraction of their conceivably possible experience, Homo Sapiens made Gun Outfit. The entity was bound by the constraints of the actual existing world at birth, and as a result appears conceptually misshapen and physically clothed in pictures. With unprecedented access to technology, Gun Outfit duplicated itself and appeared in the marketplace, and was thus deformed. Hints of self-awareness, insinuations of worldly indifference, and overall positivity of intention were no match for the organizing principles of this world, and soon Gun Outfit witnessed itself building a website to represent itself. The organism adjusts as circumstances shift within the flux of overdetermined possibility. History rushes to explain itself, but its lessons are only quaint in their particulars and ridiculous in their epic generalities. The entity persists.

Predictably, some struggling. The idea of perfection and the ease of exploitation contribute to the ruin of all minds. Reality lazily undermines attempts to represent it accurately in its entire fullness by performing insignificant miracles. By the effort of many years, we approach a meager crumb and are turned away. It returns as we panic and shows us what we should have known.

the self satisfied
the self
the satisfied
every other.

But honor the dead and the dying in song.