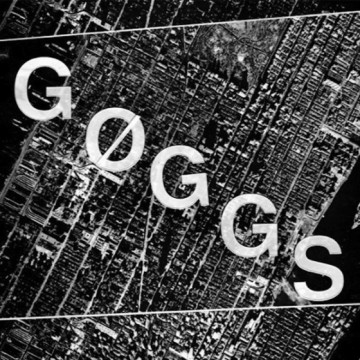 In The Red Records

Ty Segall and I decided we were going to start a band together when Ex-Cult opened for his band on the Slaughterhouse tour in 2013. A couple years later when the plans were solidified, it only made sense that thrash master Charles Moothart should get in on the experience. The three of us have been friends for years at this point, crashing at each others houses and riffling through each others record collections after a night of performing, partying, or both. This is not a side-project, it is a necessity. GØGGS is three heads, one spine, circling the drain of the wasteland known as mother earth.

The A side to the debut single “She Got Harder” (out this November on In The Red Records) is one of the first songs we came up for this project, with an Iggy Pop cover (Featuring Zumi Rosow) thrown on the B-Side for maximum damage.The album dropping next year (featuring guests Cory Hanson of Wand, Denee Petracek of Vial, and Mikal Cronin) will lead us into the second chapter of the GØGGS saga. Smoke the Wurm. A new player enters the game. –Chris Shaw