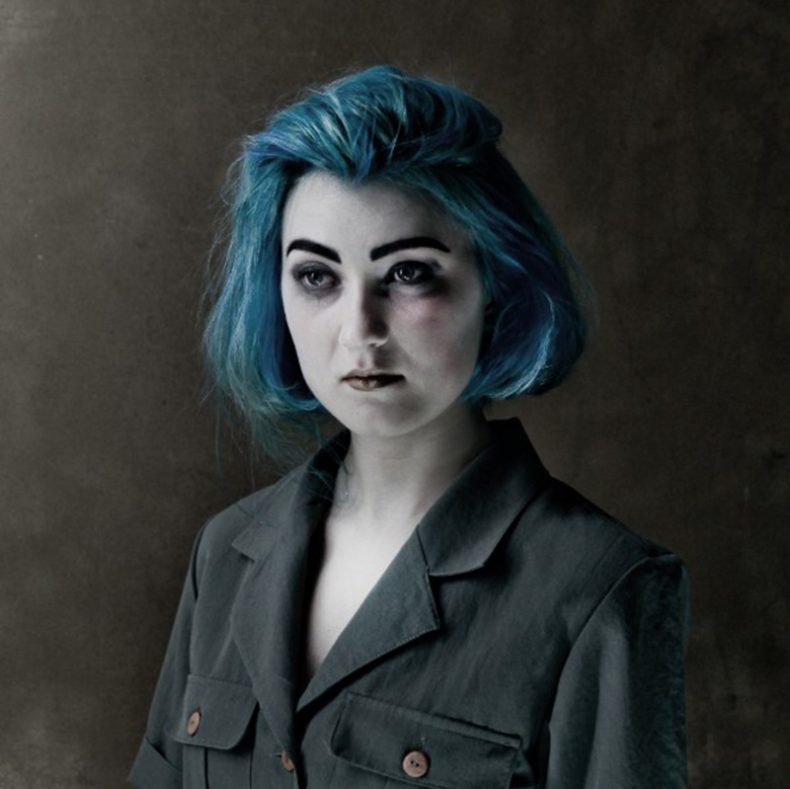 “I want to wear my heart around my neck, so I can put it in your hand. There’s nothing I can feel, still something I can give.“

Sometimes the human life can be very complicated and confusing and the human traits are more a burden than a gain. So now and then it’s easier to shut yourself off the „normal“, human life and tell yourself to belong to a different kind of life form. That’s what „Sex“ is about; not understanding the way life „normally“ works. – NOVAA

After recent collaborative Down Under EP with musician and producer Moglii – NOVAA announces her sophomore offering, 9-track EP Stolen Peaches.

Summer 2015 saw NOVAA gathering the ideas and songs that would make up her planned album Peaches. A whole world of new sounds and stories were created, with an avatar / character associated with every song, showing her very unique, immersive take on her own musical world.

While trying to complete the album, NOVAA’s car was broken into, and her laptop, which housed all the ideas and new material which would make up Peaches, was stolen. With these songs lost forever, Novaa decided to reconstruct the remnants of these ideas, and Stolen Peaches was born – along with a new, full bodied electronic sound she calls “Organic Electronic”.

THE STORY SO FAR

NOVAA is a singer, songwriter and producer, and at only 19 years old, comparisons have been made to highly significant and creative artists such as Björk and Grimes. Within her unique sound which draws from elements of Electronica, Folk and Pop, NOVAA creates an impactful new genre – “Organic Electronic”. Belted by her crystal clear vocals, she builds on soundscapes that float above the common ground. Past the depths of everyday things and activity she finds fragile frameworks of sounds and vibrant bass notes, forming her own musical galaxy and creating magical new worlds to explore.

Stolen Peaches will be available as a free download from October 2016.