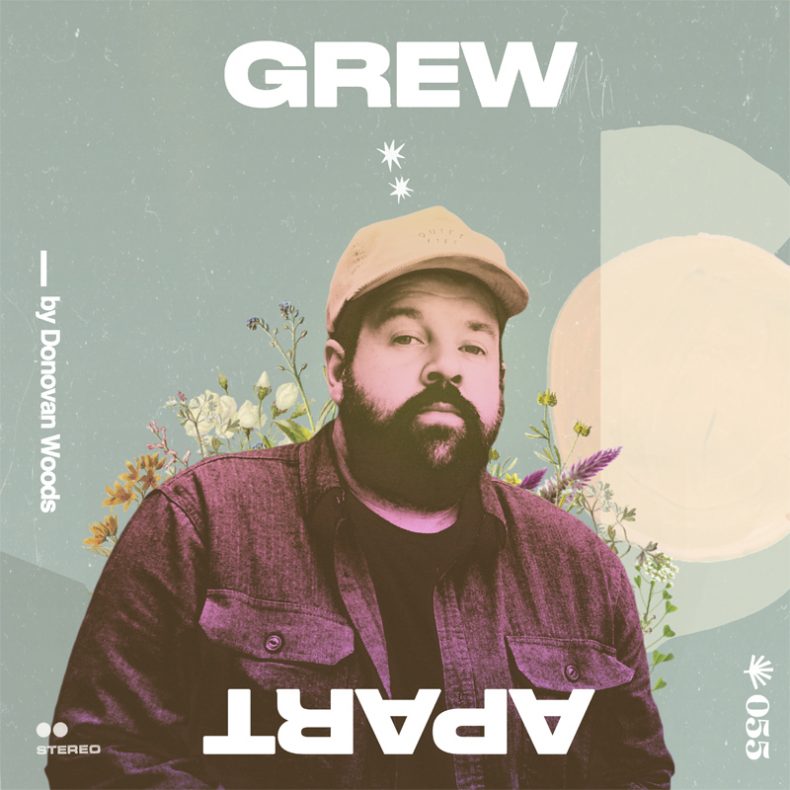 Following the news that his song “Portland, Maine” was Certified Gold in Canada, multi-award-winning singer-songwriter Donovan Woods is sharing his new song “Grew Apart”, which Rolling Stone calls a “simmering break up tune”. The track previews his seventh studio album due later this year.

“This song is about all the things we tell ourselves a breakup is about when perhaps the truth is just that two people didn’t like each other enough,” says Woods. “The chorus is a list of linguistic place holders that people use to communicate one thing: I don’t want to talk about it. I think men tend to speak about break-ups in this way so their pride doesn’t get wounded, when in truth, they’re hurting.”

“Grew Apart” follows Woods’ deeply personal “While All The While”, a track co-written alongside Lori McKenna. Cumulatively, Woods’ songs have earned more than 130 million streams and more than 1 million monthly listeners.

Currently on tour in Canada, Woods will head to the US on March 31 to support 6 time Grammy Award nominee Brandy Clark (Sheryl Crow, Miranda Lambert, Reba McEntire, Darius Rucker, Kacey Musgraves) on her ‘Who You Thought I Was Tour’ before headlining his own run in May. For tickets and more information, visit donovanwoods.net/tour

by Bryan Williston on April 20, 2018
Donovan Woods Both Ways Meant Well Both Ways is the fifth album from Canadian singer-songwriter Donovan Woods. It is a strong collection of songs that defies genre labels. For those who [...]

by Elizabeth Andrews on September 23, 2016
Donovan Woods They Are Going Away EP Meant Well “The songs are about coping with loss, and wholesale changes, that sort of thing. The title, I suppose, is trying to get at the [...]