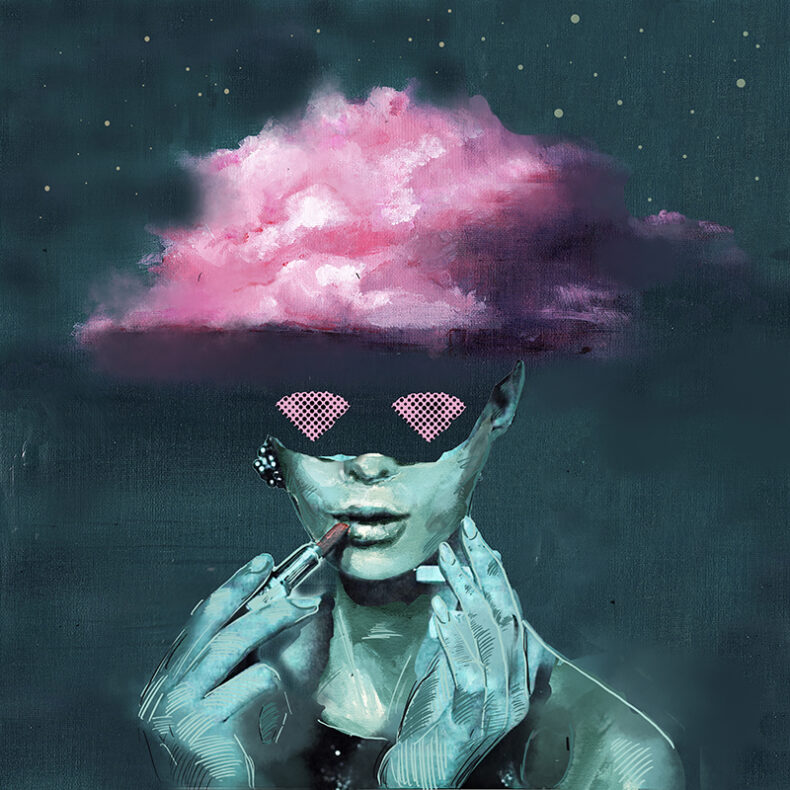 Known for their eclectic post-punk world-beat sound​, Bedouin Soundclash cement their highly anticipated return today with the release of 2 fresh singles, “Shine On (feat. The Skints)” and “Something Lost + Something Found”. Co-produced by Jay Malinowski and Colin Stewart, the buoyant and soulful tracks find the beloved duo digging back into their musical roots including resigning with their old label Dine Alone Records. The new tracks are steeped in the border-bending sound the JUNO and Platinum award winning band is known for.

“It’s like the stream ultimately flowed back to where it started.” That’s how Jay Malinowski first describes the latest output from Bedouin Soundclash. Hearing the opening acoustic chords of “Something Lost + Something Found,” it’s hard not to recall the similarly strummed first verse of Platinum-certified Sounding a Mosaic’s fateful first track that, nearly 20 years prior, took them from campus club staples to international stars. Meanwhile, “Shine On” welcomes Marcia Richards of British reggae-punk bastion The Skints into the fold for an energetic and equally compelling earworm that demands repeat spins.

“We’ve had such a long journey as a band, and it’s like your orbit keeps growing the longer you go,” Malinowski continues, “but I feel like these new songs have a theme of finally coming home.”

In the spring of 2021, Bedouin co-founder and bassist Eon Sinclair booked an open-ended trip to join Malinowski at his new home on Vancouver Island with the hope of reigniting their once-prolific creative spark. “We didn’t really have a set agenda,” notes Sinclair. “We’d been sending a few ideas back-and-forth between Toronto and Victoria early in the pandemic, and it was a welcome outlet considering everything that was going on. So even though I wasn’t really sure of what I wanted to do next, I thought I’d go out for six months – maybe come back early, maybe stay longer – just to see where things would lead.”

They quickly settled into a comfortable workflow, riffing and writing through the week at Malinowski’s family home and then heading into The Hive studio every couple of weeks with co-producer Colin Stewart (The New Pornographers, Dan Mangan, Black Mountain, Destroyer) to capture the results. Despite it being their first collaboration, there was an obvious and rewarding synergy that contributed to the “back to basics” aesthetic. “There wasn’t a lot of discussion beforehand about limiting things in terms of instrumentation, but I think the way it unfolded was really enjoyable for us – a really powerful sound from basically just guitar, bass, and drums again,” shares Malinowski.

Indeed, the parallels to Bedouin Soundclash’s earliest efforts come easy, sounding like a passport crowded with overlapping stamps on every one of its well-worn pages. And it’s not just the music that contributes to the grand theme of coming home. Bedouin recently resigned with Dine Alone Records, owned and operated by their former manager, Joel Carriere.

“To me, Bedouin is my and Eon’s relationship, and that’s what keeps this going and feeds our passion for it,” Malinowski asserts. “We’ve certainly tested the limits of this relationship over the years, and yet we keep coming back.”

Sinclair elaborates: “No matter where we are or what’s going on in either of our lives, if one of us picks up an instrument and plays something, everything else kind of dissolves and our shared focus becomes, ‘How can we turn this into something people want to hear?’”

That’s especially true this time around, and while Bedouin Soundclash’s loyal following will surely relish in this return to their roots, the real excitement is in anticipating where the metaphorical stream might once again take them from here.

by SPILL NEW MUSIC on September 21, 2022
BEDOUIN SOUNDCLASH RELEASE NEW SINGLE “WALK THROUGH FIRE” FT. AIMEE FROM THE INTERRUPTERS UPCOMING ALBUM WE WILL [...]
7.0