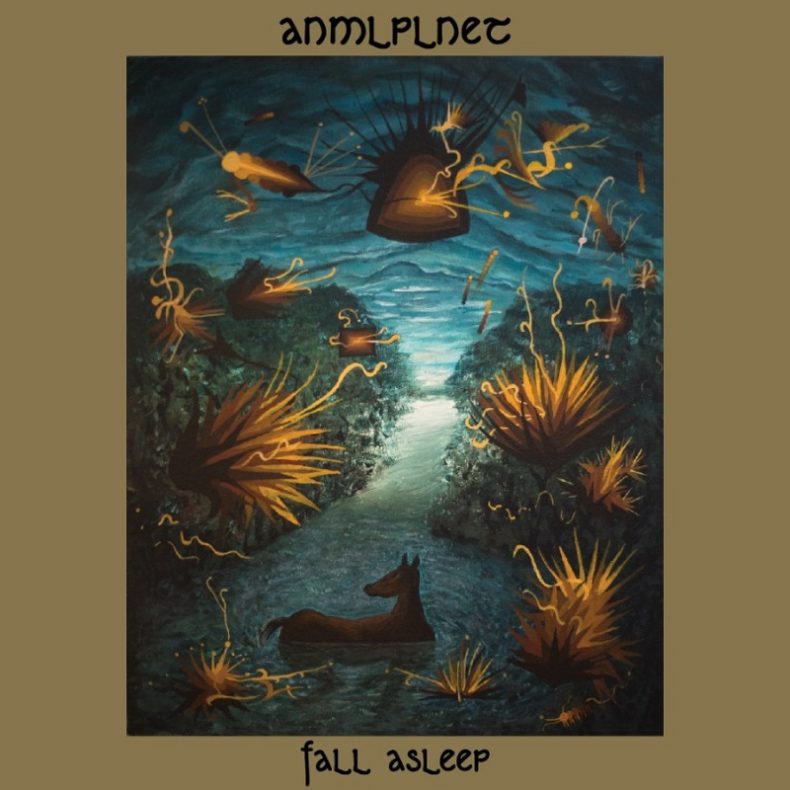 Psychedelic dream rock duo ANMLPLNET (mem Slothrust) share their second single “Ride” (Lana Del Rey Cover). The track was recently debuted and highly praised: “The duo keep it clean and close to the classic but opt out of the classic soul backtrack in favor of their own. Fuzz-kissed strums replace the orchestra and bring in soft-sung harmonies before a signature rise of the dB’s. Lyrically, “Ride” fits the bill perfectly.” Fall Asleep is due out April 20th via Ba Da Bing Records.

All tracks engineered and mixed by Andy Petr at Dangerbird Studios, except “I Was Fucked By A Cloud” and “20,000 Leagues Underneath The Serpent,” which were engineered and mixed by Carlos Hernandez at Gravesend Recordings.
Mastered by Joseph Saliba.
Songs by Leah Wellbaum and Mickey Vershbow, except “Ride,” written by Lana del Rey and Justin Parker.
Cover art: “A Horse Listens To The Forest… Birds, Crickets, Frogs.” by Benjamin Styer.