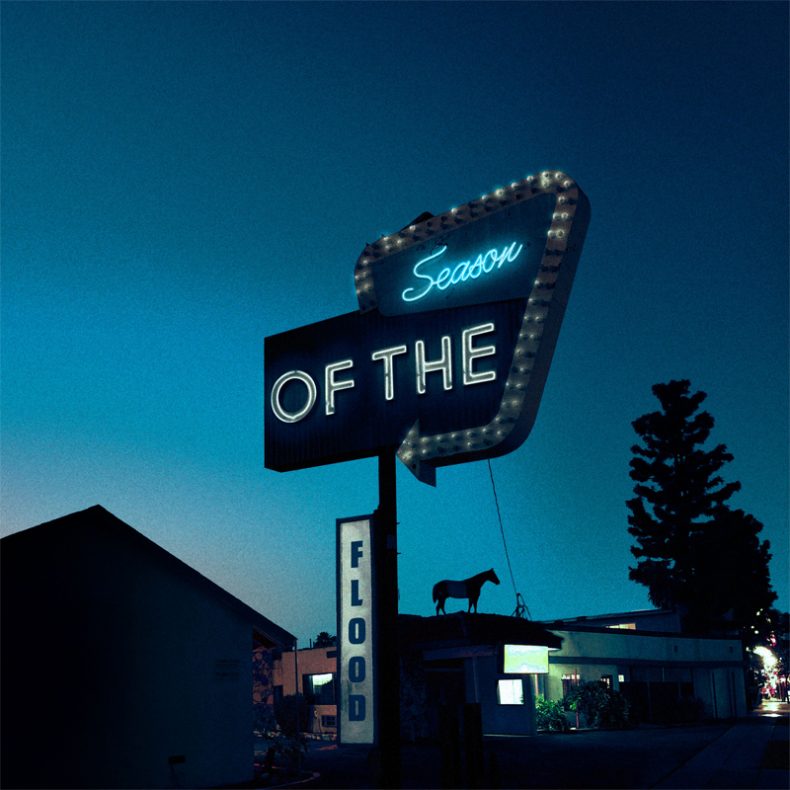 ALEXISONFIRE – “SEASON OF THE FLOOD”

ALEXISONFIRE is starting 2020 with a bang. The band has just released a new song, “Season Of The Flood”, available to stream and purchase via DSPs HERE. A seductive, hypnotic, 7-minute slow-burner anchored by haunting 3-part harmonies and heavy reverb-filled guitars, the song notably features AOF’s George Pettit singing off the top for the first time. The track comes on the heels of “Familiar Drugs” and “Complicit” released last year, marking the first time the band released new music in almost 10 years.

“I’m very proud of this new song,” says Pettit. “There were some first time attempts for us and we all really came together in the studio to make this song what it is. This was also my first time singing with Dallas on a song. I know I’ve been playing in a band with Dal for almost 20 years, but damn, that guy’s voice could melt an angel.”

“Season of the Flood” will be available on vinyl by pre-order, beginning today at 10am EST, through the band’s website, theonlybandever.com. The limited pressing is available as a single-sided standard black 10” vinyl with a laser-etched b-side. A limited edition white variant will be randomly inserted throughout the stock quantities of black vinyl.  Along with the 10” vinyl, AOF will have a new online exclusive “Season Of the Flood” inspired t-shirt for sale, designed by graphic artist Jeremy Dean, best known for his “Wonders of Black Flag” prints. This T-shirt is part of a collection of Jeremy Dean x Alexisonfire merchandise items inspired by the songs, “Familiar Drugs”, “Complicit” and now “Season of the Flood” with cover art design once again by Nick Steinhardt. A second “Season of the Flood” long sleeve design will be available at merch booths through the January tour. Both music and merch can be found online HERE. 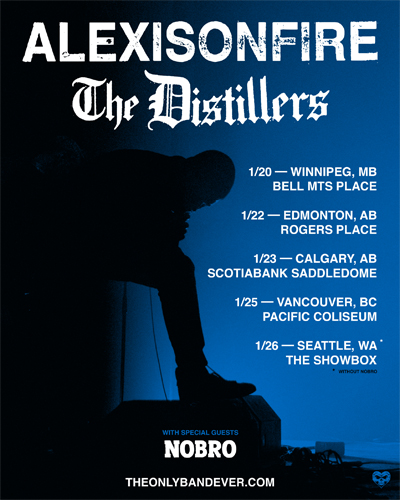 The song was produced by AOF long-time friend, the late Karl “Horse” Bareham (City and Colour), and mixed by Grammy-award winning Jacquire King (Tom Waits, Kings of Leon, Modest Mouse). The album cover and 10” package features many personal nods honouring Karl as the song is the last of a trilogy of tracks Bareham produced for the band.

Alexisonfire previously announced select headline shows, to take place this month in Western Canada and Seattle, WA. Supporting Alexisonfire on all dates are reunited modern day punk icons The Distillers who will co-headline the Seattle show. Montreal garage punk rockers NOBRO, hot off their national tour with PUP, will be opening all Canadian dates, with Monsterwatch opening in the U.S. The run kicks off January 20 in Winnipeg and includes stops in Edmonton, Calgary, and Vancouver with a final stop in Seattle on January 26.

See below for all show dates and visit theonlybandever.com for direct ticket links. Alexisonfire have partnered with PLUS1 so that $1 from every ticket sold will be donated to Indspire to build a brighter future for Indigenous students.

An official video for single “Familiar Drugs” directed by Michael Maxxis (who directed AOF’s personal favourite video for “The Northern” and City and Colour’s “Fragile Bird”, “Thirst”, and “Lover Come Back”) is available to watch HERE.

On the heels of new music in 2019, AOF performed a handful of sold-out shows for lucky fans around the world, including one show in London, UK, and 2 consecutive nights each in New York, Los Angeles, and Toronto’s Budweiser Stage. Each of the first two dates in NY, L.A. and Toronto sold-out quickly with Alexisonfire having the distinction of being one of a handful of Canadian artists to perform two consecutive nights at the iconic Toronto venue alongside City and Colour, Drake, The Tragically Hip, and Sarah McLachlan.