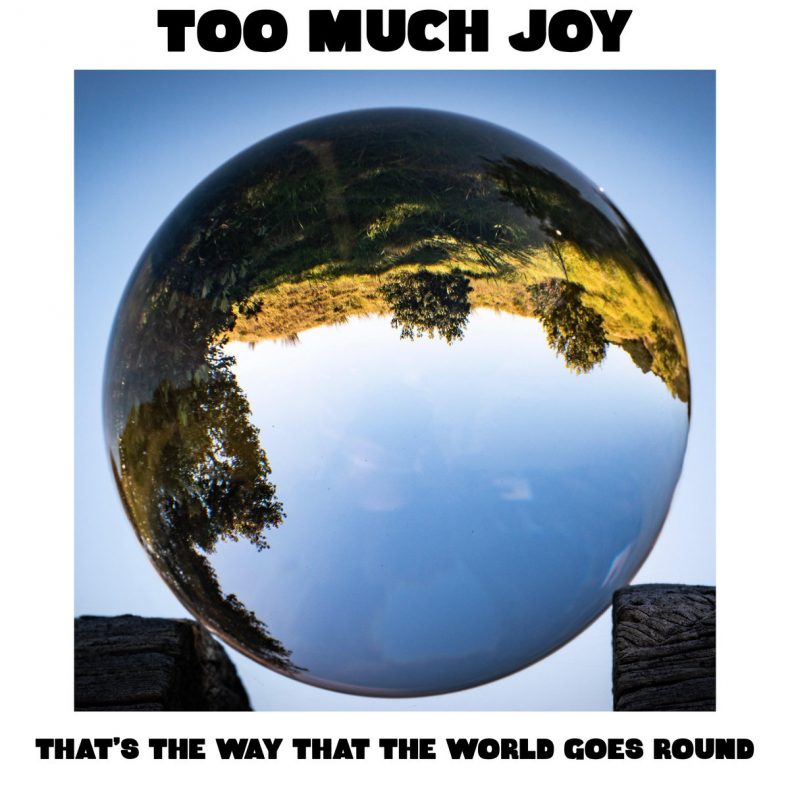 Too Much Joy release dynamic, hard rocking version of John Prine’s “That’s The Way That The World Goes Round”  to assist domestic abuse survivors on the anniversary of the singer/songwriter’s death

Fresh from releasing new album Mistakes Were Made, critically beloved power pop/punk pranksters Too Much Joy is covering John Prine’s “That’s the Way The World Goes Round” for their next, non-album single, out on April 7. That is the anniversary of their hero John Prine’s passing.

The proceeds from sales, in honor to Mr. Prine by request of his label, are going to   https://thistlefarms.org – which helps women with issues regarding domestic abuse.

“John Prine has been a hero of mine since the day in 1988 when my brother left a tape of  Bruised Orange in my car’s cassette player, and I just played it incessantly, wondering why this empathetic genius wasn’t already world famous. He had a tremendous gift for dealing with heavy subjects in a way that sounded light but cut profoundly deep, and his songs never looked down on their characters, no matter how poorly they behaved. His death from COVID-19 last year felt as devastating as the loss of a close friend, even though we’d never met. “That’s the Way That the World Goes Round,” from Bruised Orange, has always been a personal favorite, and I always kind of heard a pop punk tune hiding inside his original version, so we tried to bring that out with our arrangement. Bill said that arrangement required a third verse, and the way Prine’s lyric develops it didn’t feel right to go backwards and repeat the first one, but I was leery of being disrespectful by adding our own words. But it felt right to use that space to sing about how much we miss him. We’ll be releasing the song on April 7th, the anniversary of his death, and donating profits from this release to https://thistlefarms.org.”

Too Much Joy added these affecting lyrics as an epilogue in their tribute to John and the cause:

“I wish John Prine could sing about this mess
Shake his head and sigh bout his cause of death
Crack a bad joke about running out of breath
Describe a ventilator’s sound.

But in 2020, the year of our Lord
While we were all stuck at home, growing bored
Mr. Prine left this world forevermore
That’s the way that the world goes round.”

Too Much Joy
Mistakes Were Made
(Independent)
Release Date: March 19, 2021

Purchase “That’s The Way That The World Goes Round” Via

by Ljubinko Zivkovic on August 14, 2020
Arlo McKinley Die Midwestern Oh Boy Records A debut album at 40? Before you rise your eyebrows or hear a single note from Arlo McKinley’s album Die Midwestern, bear one fact in [...]
9.0