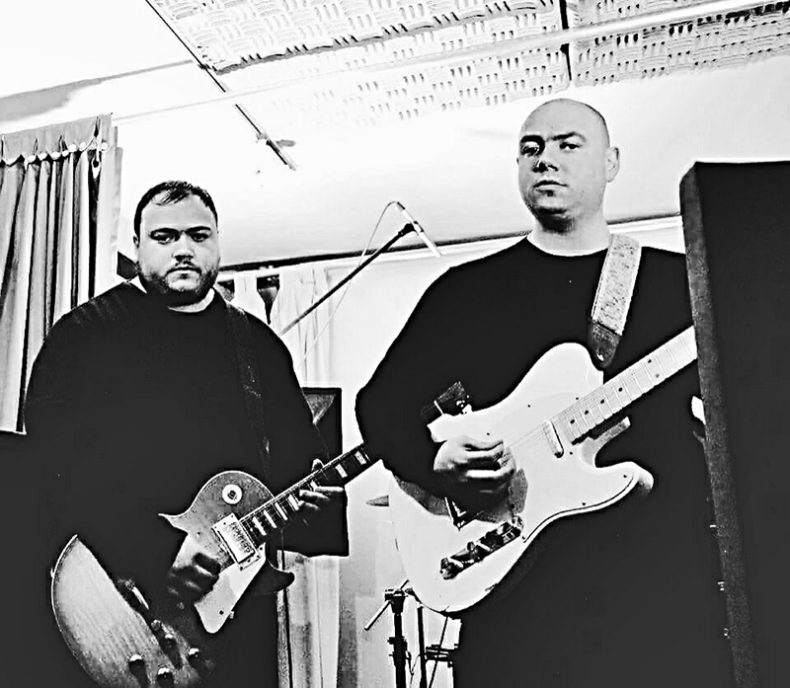 Today we present the premiere of the forthcoming single, called ‘Heart ‘N’ Soul’, from one of London’s new and upcoming indie rock bands – The Swagger. If you haven’t heard them yet but you are a fan of such artists as The Fratellis, Oasis, The La’s or The Libertines, you very well may fancy this ride.

“Heart ‘N’ Soul” is a confessional love song by a secret admirer. Here we find an easy-to-catch old school vibe in a melody fitting for the here and now. The Swagger manage to dashingly blend Britpop and indie rock with elements more familiarly associated with artists such as Oasis, Arctic Monkeys, Ocean Colour Scene and Neil Young. They also quite remind me of fellow British up-and-comers Alias Kid. This single is fresh, simple, hooky and memorable – a winning formula that will have you humming this song for days to come.

“I wanted to write a catchy British indie melodic pop tune with great harmonies with a dark edge to it. I rather fancied a girl at the time and wanted to express the way i felt about her. The song pretty much wrote itself. Simplicity was the key. This is a love song with a Kinks and Madness vibe, listening to these bands who have inspired me for many years now,” says Lee Stevens.

The song “Heart ‘N’ Soul” was produced by Mike Bennett (Ian Brown, The Specials, Doctor & The Medics) with Angus Wallace (Wishbone Ash, Spiritualized, The Fall) as sound engineer. It was recorded at Far Heath Studios, famed for recordings by The Specials, The Fall and The Prodigy (far from a comprehensive list).

The video features a surprising story line and unexpected ending, cloaked in dark humour. Created by Electric Copper Films Ltd, this video was produced by Tina Emmett with direction and editing by Ben Coen.

This single follows their eponymous debut EP (2016), produced by Graham Bonnar (Swervedriver / The Brian Jonestown Massacre), engineered by Josh Green (Madness, Robbie Williams, Franz Ferdinand), mixed and mastered by Pat Collier (The Vibrators). It was recorded at the renowned Konk Studios in North London, founded by The Kinks’ Ray and Dave Davies.

The Swagger are an indie-alternative, acoustic-pop rock band from Hornsey, North London UK formed in 2011. The band consists of brothers Lee Stevens (lead vocals, rhythm guitar) and Paul Stevens (lead guitar, backing vocals), together with Will O’Connell (bass guitar). Originally playing small London pubs and clubs as The Mad Hatters UK, The Swagger was born in 2011 when the brothers were joined by their friend Will O’Connell.

With influences including The Beatles, The Kinks, Oasis, The Who, Ocean Colour Scene, and Stereophonics, The Swagger’s music is modern acoustic pop-rock with a catchy yet gritty aesthetic, combining melodic 60’s style harmonies and classic 90’s Britpop indie-alternative.

The band has supported Creation Records’ Hurricane #1, arranged through supporter Alan McGee, as well as Slydigs, in addition to headlining The Cavern Club in Liverpool for the International Pop Festival 2017. Their impressive live show has earned them support from not only McGee, but also John Power (The La’s, Cast).

As of August 31, The Swagger’s new single will be available through online stores and streaming platforms. The band is also offering a free download of the track via Bandcamp or Music Glue.

The Swagger’s single release show will take place on August 24 at London’s 02 Academy Islington (stage time 6:00 pm) as part of ‘Loud in London’ Festival, featuring bands such as Toploader, Republica, Space and EMF, among others. On September 1, they play an unplugged set at The Islington, 1 Tolpuddle Street (stage time 4:30 pm).