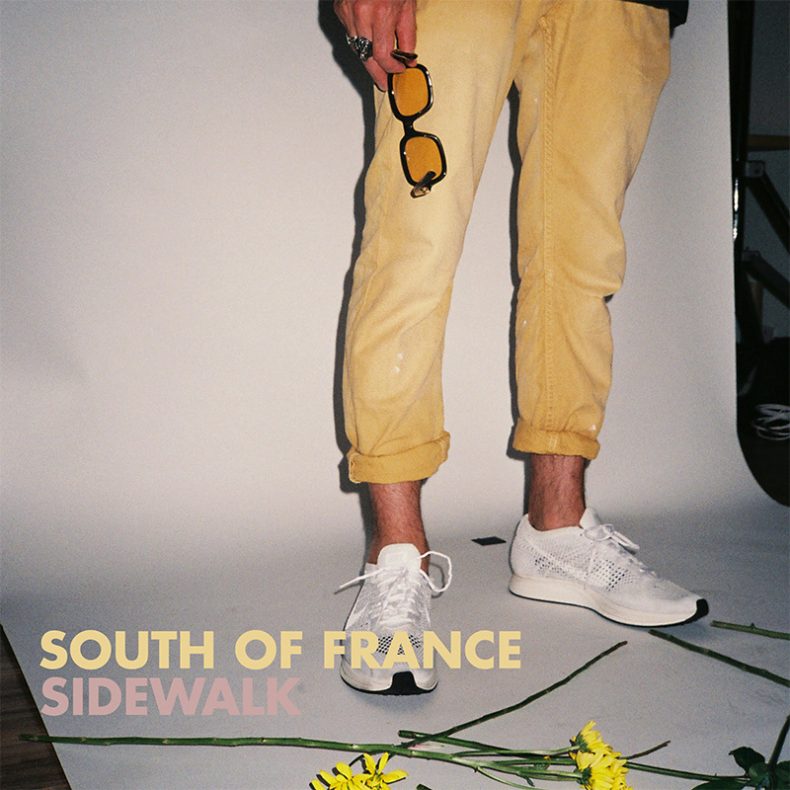 The sun-drenched single “Sidewalk” takes us a step further into the playful and catchy mind of South of France. True to its name, this fantastically full one-man band embodies the carefree essence of exotic travels. With Denver songwriter Jeff Cormack behind the wheel at his home studio, where he works as a full-time composer and head of record label Staycation, it’s no wonder that the project has been buzzing since birth. South of France has shared the bill with artists like The Flaming Lips and Portugal The Man. The first single “Comme Ca” off the forthcoming album Remember That Cool Thing We Did” already found a home on Netflix’s Bojack Horseman in last year’s final season and on a 2019 NPR live session.

“Sidewalk” is contagiously upbeat with an inescapable hook. “It’s about when someone catches your eye and you like that person’s vibe and you kinda imagine what they’re like, make that story up in your head and run with it,” Cormack explains. The track was such a stand out that it ended up defining the album of cheerful, lo-fi indie-rock anthems. “The goal is to deliver a mental vacation.”

Cormack plays all the instruments on the track aside from the drums, which were tracked by his longtime friend and favorite drummer, Nate Barnes. The beat has a deep swing that recalls Father John Misty’s “Hollywood Forever Cemetery” along with the jangle of tambourines for depth of danceability. Cormack also employs the Mellotron and Rhodes for tasty synth layers that make the whole song shimmer. This is the last single that will be released before the full album drops Feb. 26th.