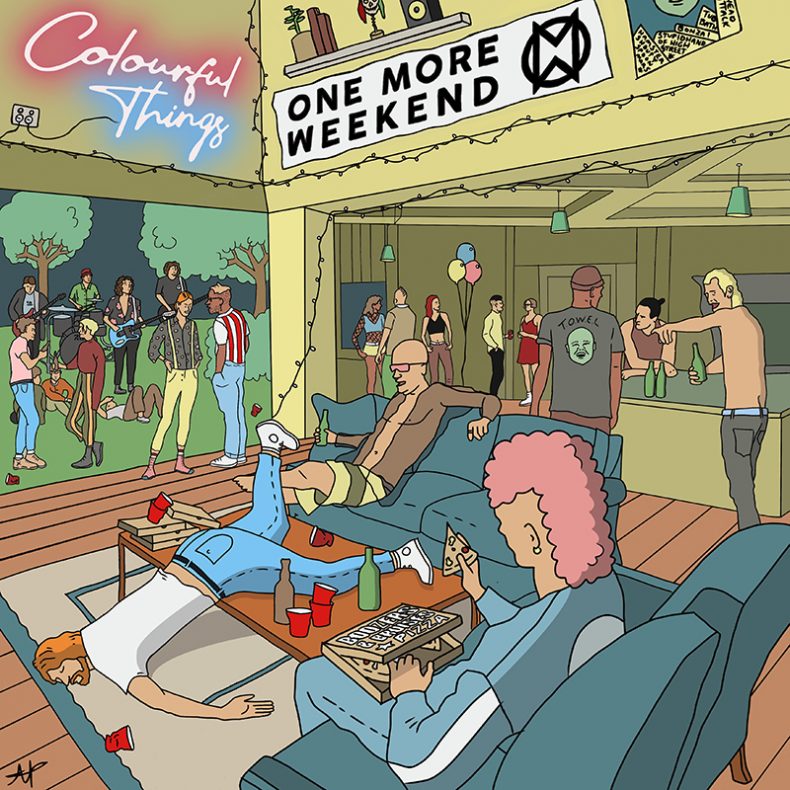 Australian-based rock outfit, One More Weekend, are releasing their addictive new indie-rock single “Colourful Things” which expands upon their previous releases (which we suggest you go back and listen to later) and their want to defy being boxed into a particular sound.

The band are known for big, punchy rock/ pop-punk tones and energy and their on-stage antics, but this new track is a brilliant display of a newfound appetite for some new.

Layered with an easygoing beat and moreish guitars, “Colourful Things” makes for an addictive listen as it bursts with upbeat, feel-good energy. The positive and cheerful vibe is really brought together by frontman Connor Dougan’s vocal melodies that make this track completely irresistible.

The track has much more depth though, exploring a serious underlying message about substance abuse and its effect on oneself and those around them. Dougan talks about the track:

“‘Colourful Things’ comes from a place where someone becomes unaware that their actions are causing damage to themselves and everyone around them. By choosing to have fun and go wild constantly it’s hard to decipher what’s right and wrong when you yourself are altered by substance. I wrote this track with a positive tune because I feel that these problems are often masked by the short high.”

One More Weekend are showing some true colours with this new release and we here at Spill Magazine are stoked to be premiering the single ahead of its official worldwide release on Friday, July 2.