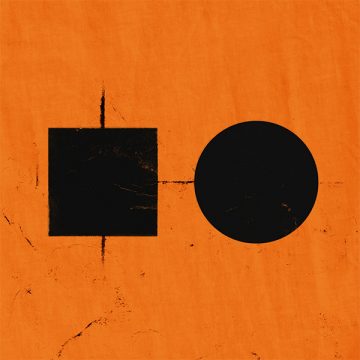 Ontario-based melodic punk band, Fox Run, have released their debut EP, Distress Signals. The album follows a series of three singles, all released throughout 2020, making the six-track release highly anticipated, so much so, that Fox Run has partnered with Tarantula Tapes for a limited run of cassettes for their debut record.

Distress Signals opens with the melodic and ambient sound of arpeggiated chords gently echoing from the clean tone of a guitar on “Funeral For A Bird”. The song suddenly erupts into a wave of distortion and crunching, rhythmic power chords that disrupt the soft sonic atmosphere with a relentless punk rock fury. Doubling down on the aggressive tone comes the hard-hitting pulse of “Same Story, Different Ending”. The track is an absolute anthem that is bound to stir up mosh pits as it grows from its unbridled verse into a catchy chorus, before ending with an anthemic, halftime conclusion.

Vocally, Fox Run is led by rough, gravelly, and furious vocal tones that harken back to classic hardcore bands like Black Flag and more modern post punk projects, such as Alexisonfire. Set this over what can best be described as almost pop punk instrumentals – there is just a bit too much edge and raw energy for it to feel like pop punk – and you have a unique contrast within the punk sound of the band. Think a more melodic Gallows or a heavier Rancid. On top of the opening two songs, “A Hundred Thousand Welcomes” should also be considered a highlight among a great collection of songs.

All in all, Distress Signals is a strong debut that should leave listeners excited for what is to come from Fox Run. Heavy, ambient, and unafraid to get experimental, the band has delivered a six-song EP that feels modern and avoids the many clichés that have run rampant within the genre for the last two decades. Instead, Fox Run hit it hard with a sound that feels special when compared to their contemporaries.

A passion for music has always been a part of Gerrod’s life. As a young boy, he was raised on a steady diet of the music from The Chili Peppers, Aerosmith, The Stones, Prince, and others from his mum. Raised in the GTA, Gerrod continued to foster his love for music by attending a wide range of concerts and learning the drums. His unapologetic passion for music has no bounds and has spread to a wide variety of styles, whether it be the 90’s rock that sound tracked his teenage years, the jazz he studied in university, or his newfound love for hip-hop. He recently received his bachelors in music and education from York University and is passionate about writing and reviewing good (and less than good) music. Gerrod is also the drummer and songwriter for a Toronto based rock & roll band, One In The Chamber.
RELATED ARTICLES
album reviewalbum reviewstarantula tapes
9.0