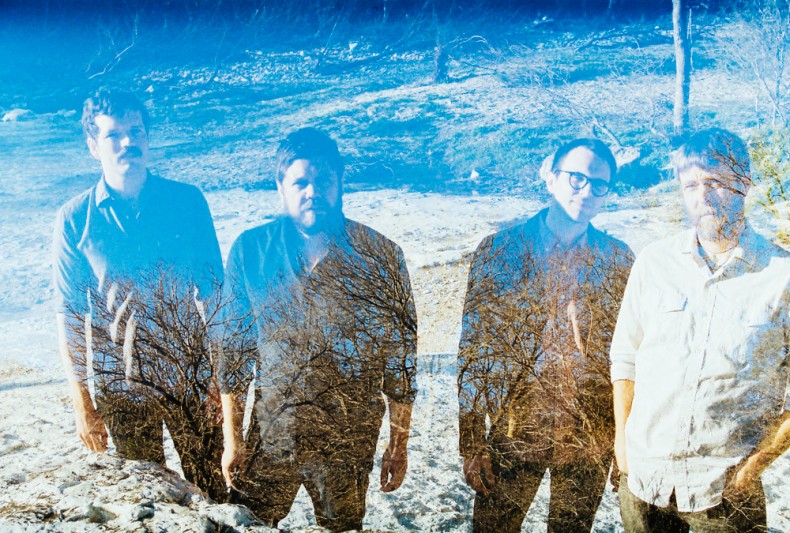 “The band’s eerie, quirky sound evokes a sense of
nostalgia and is perfect to soak up during a chill night.” ~Resound Magazine

“…a band set apart from the pack” ~Austinist

My Golden Calf began when guitarist/vocalist Dabney Dwelle was searching for a new way to approach songwriting after his previous band (Quien ‘es Boom) had dissipated. His solution was to set aside his guitar and to write songs on his broken down Wurlitzer electric piano. Dwelle enlisted the help of a longtime friend, Tim O’Neill (Rhythm of Black Lines), to help carry the songs beyond the early demos. After navigating some lineup changes, the band finally landed with two close old friends to join them: bass player Jonathan Skaggs, who had recently returned to Austin from San Francisco where he spent time recording and touring with prog-rock band Crime in Choir, and keyboardist John Hale, a longtime friend of the band.

The band spent 2014 writing and demoing new songs, while playing shows and testing the songs in a live setting. During the first half of 2015, My Golden Calf locked themselves inside their newly-constructed Captain Douglas Studios and recorded the ten new tracks that would become Perfume Brute. They collaborated with renowned engineer Erik Wofford to mix the songs, and mastered the album with Jason Ward, co-owner of Chicago Mastering. Perfume Brute‘s release date is set for February of 2016.