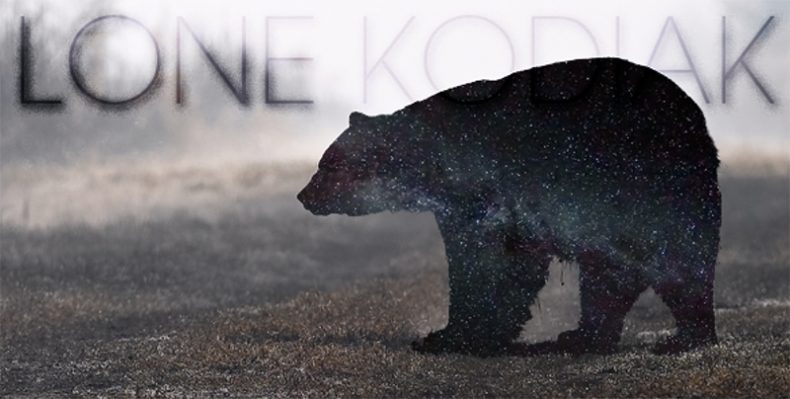 A decade ago, emberghost was Portland’s next big thing; filling 1400 person venues & flying to Sony Music, but when co-vocalist/keyboardist, Sarah Jennings, was diagnosed with terminal cancer, all that changed. She passed away 3 years later, but the remaining members have been building something new with LA-based, Lone Kodiak – an indie rock outfit coined Sigur Ros meets Lady Antebellum or Smashing Pumpkins meets Celine Dion. They have always created something that is, at once, epic and intimate, having an affinity towards music with intense emotion and power – a la Band of Horses, Bon Iver. Typically, the music features layered male and female vocals (usually featuring a different beloved female vocalist). In spirit of trying something new & maintaining their respect and admiration for today’s female artists, they left out a female this time. The group released their first single “The Hurt Happened Here” in 2015, which found love from Chris Douridas (KCRW), bringing it to over 25K plays on SoundCloud and soon after signed with Riptide Music Group.

The Los Angeles atmospheric rock trio, Lone Kodiak is releasing an EP of covers, with producer Johnny What (BRAVES / Rostrum Records) and legendary engineer, Adam Moseley (U2, Beck, Rush, Wolfmother, Nikka Costa). Every Tuesday in August – each a re-imagined tribute to female artists they adore, admire, respect and are inspired by.

Parker (lead vox/guitar): “I had never heard of Agnes … Andrew recommended her song “Familiar”, but it was “Dorian” that really spoke to me, and not just because it was the least challenging.

Even with it being the most ‘coverable,’ it was still the hardest of the bunch, by far. There’s a special kind of beauty with her music, and attempting a Dorian cover felt at times ambitious beyond our reach.

We delayed the release by 2 days to get it right. I was especially concerned about the vocals on this one, and getting them to a place where I felt it was in some realm of worthiness of being a tribute was really, really tough. I was tempted at times to say “Sorry guys. This is not happening.”

But, as I was mixing, after Andrew added his drums and I changed the key for like a 6th time to suit my voice and vocal performance a little better, I felt myself getting profoundly saddened and moved by what I was hearing, and I knew we were getting something right.

… Furthermore, (speaking honestly) I have no idea what the song is about or who she’s singing to, if anyone. But to me, like most music I’m drawn to, it’s about grief. So I sang it to a lost loved one; someone who’s departure we’ll never quite get over. To me, this song is about reconciling with the permanence of that loss.” ~ Parker

This is the last of our 5 covers from Female Artists We Love. Each one has been a journey. They’ve been challenging, exciting, inspiring and so much fun for us. We worked really hard on all of these and not only did they help make us better musicians and give us a better understanding into the meaning of these songs, but they also gave us a new-found respect and appreciation for truly how talented and gifted all of these artists truly are. “All of these songs will forever have a special place in my heart.” ~ Andrew (drums, programming, production).