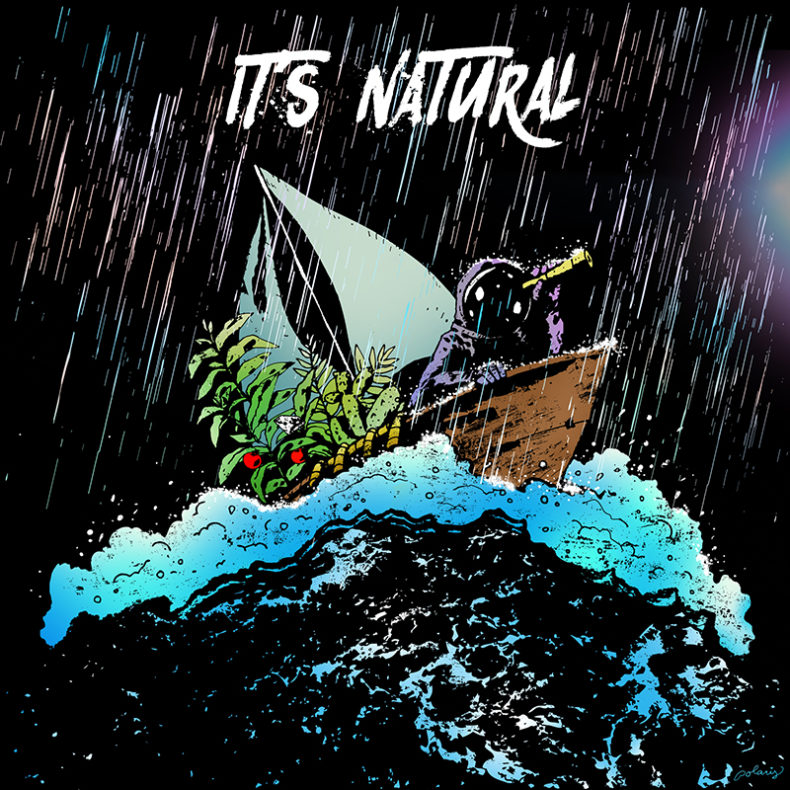 Their latest album comes after a three-year hiatus after Fournier suffered injuries from a car accident – The accident interrupting a meteoric rise after their debut album Patterns, garnering them The Deli Magazine’s “Emerging Los Angeles Artist of the Year” award, with a feature in their SXSW print edition and Radio KSCR’s “Best Music Video” & “Best Feel Good Video” awards for their single “Tonight”.

The upcoming LP confirms the band’s triumphant comeback after shows at LA’s Townhouse, The Satellite, and The Viper Room last year. “It’s Natural” is a bittersweet meditation about letting go of that which we cannot control, a fitting subject matter given the band’s recent journey to recovery. Fournier’s sultry vocals guide us along a melancholic yet empowering path of strength and self-discovery, the rich melody and weaving guitar riffs matching the depth of the lyrics. The track builds steadily, reaching a euphoric lift off at 3:33, making way for an emotional guitar solo, which so often can feel like filler, yet here seems like a befitting release of emotive energy.

The addition of their new rhythm section— Christian Johnson on drums and Andreas Sandnes on bass— has definitely helped the evolution of the outfit to an even higher dimension, entrenching a depth and overall technical strength to their sound. Adding to this, the song was mastered by Grammy award-winning mastering engineer Evren Goknar at Capitol Studios on his 24 year anniversary there. This release is a promising return for the artists, setting a high bar for what’s to come.

“It’s Natural” is about letting nature take its course when things are out of our control, and in dire circumstances, allowing oneself to become enlightened through these experiences. We wrote the song during the band’s hiatus while our singer was healing from injuries from a car accident. After watching our world collapse around us, we learned that we have the power to shift our perspectives and look at these pitfalls in a positive light.” ~Little Galaxies