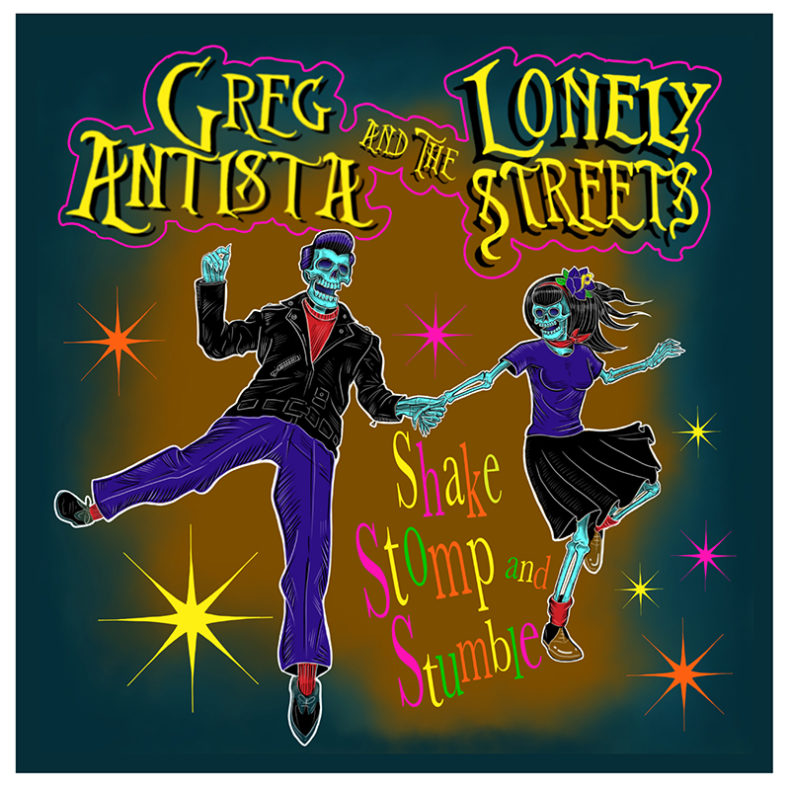 Greg Antista has been a participant on the Southern California punk scene since attending high school in Fullerton in the early 1980s with members of the Adolescents, Agent Orange, and Social Distortion. His latest musical project is Greg Antista & the Lonely Streets, a group which has been around for just over a year, and has a sound which takes in power pop, cowpunk, and old-fashioned Orange County punk rock. A debut album — Shake, Stomp and Stumble — is out May 17 and is available for pre-order. Joining Antista in the Lonely Streets are guitarist Jessica Kaczmarek (Busstop Hurricanes, Russell Scott and the Red Hots), bassist Warren Renfrow (Manic Hispanic, Cadillac Tramps), and drummer Jorge E. Disguster (Mr. Mirainga, Mink Daggers). 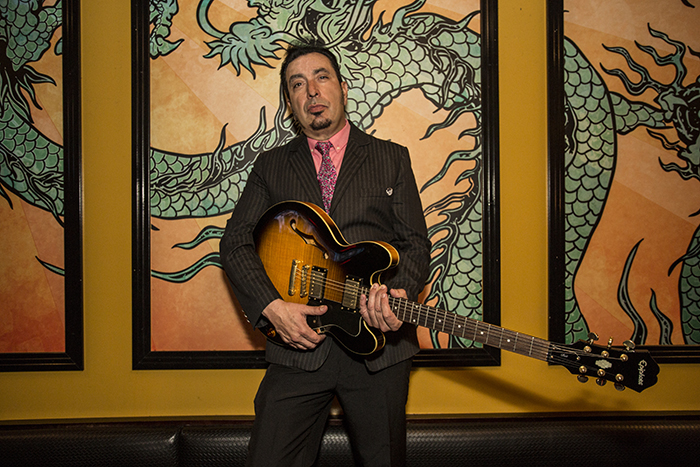 “’Finally Say Goodbye’ was the first song I wrote for this project,” reveals Antista.  “I was fresh out of a pretty rough breakup and the lyrics flowed freely. Writing this song was the first swing I had taken in quite a while at laying down the music I heard in my head on to tape, and I do mean tape. I still enjoy recording the first demo of a new song on my old school Sony double-cassette boombox. I knew I wanted the ‘Whoa-o’ vocal hook. I’ve loved that style in everything from Motown to The Clash and Cadillac Tramps. The ‘Whoa-o’ vocals ended up dictating the chord progression, the melody, then finally the lyrics after that. It all came together quickly and inspired me to write more. As far as the lyrics, sure breakups can be tough, but in the end I hope this song comes off as a celebration of one door closing and another opening in this life.”