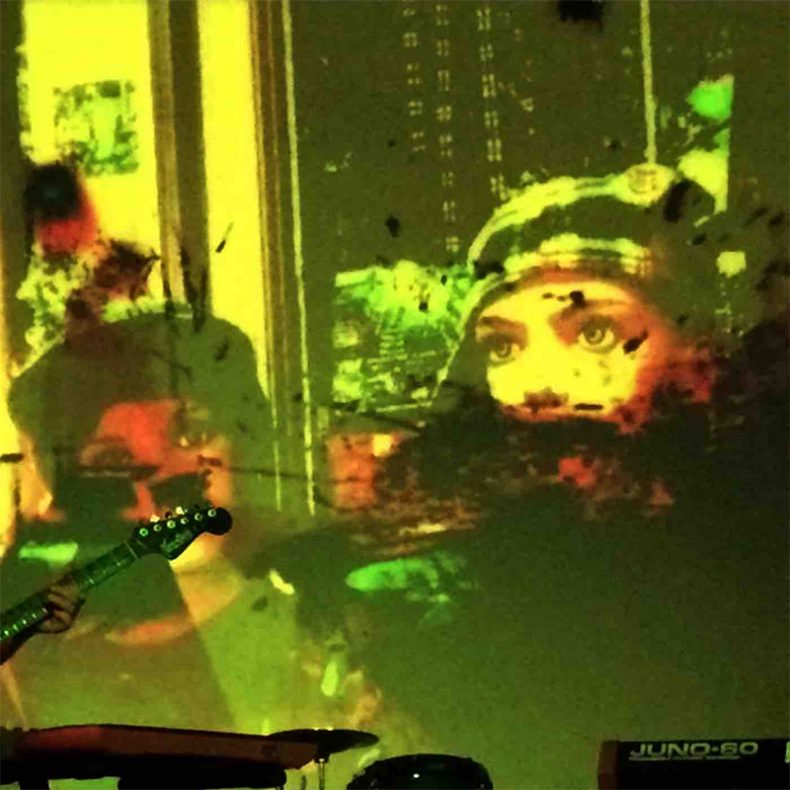 I can’t say that I’ve explored modern indie bands from Boston very much – but already the past month has brought several really good indie outfits to my attention, including Skyjelly and Dyr Faser. Today we premiere the new single for the latter band. Called “Estranged”, this is the first offering from the forthcoming Trio EP.

On “Estranged”, Dyr Faser offer a dreamy droney concoction of genres. Upon first listen to “Estranged”, I was intrigued at how seamlessly they’ve blended the space trance element blends with such an endearing lo-fi psychedelic feel, summoning the vibe of such bands as Spacemen 3, The Velvet Underground, Spiritualized and The Brian Jonestown Massacre. Among relative newcomers to the music scene, The Underground Youth also comes to mind, albeit with a clearly southern guitar dynamic lacking in most of the bands mentioned.

Dyr Faser frontman Eric Boomhower explains: “We made this record after years of Thalia and I supporting each other’s music. As one time housemates, we talked about music a lot. And unbelievably, I found Kate who shared a love for Krautrock and space rock. With this EP I hope to bring these sounds and talent to the pop world”.

Dyr Faser Trio will be self-released on October 14 and is already available for pre-order via Bandcamp. If we’ve managed to quickly convert you into a fan, take the opportunity to catch one of their upcoming shows (listed below) as they’ve just kicked off their ‘Flat Earth and No Dinosaurs’ tour with with Your 33 Black Angels and The Veldt.