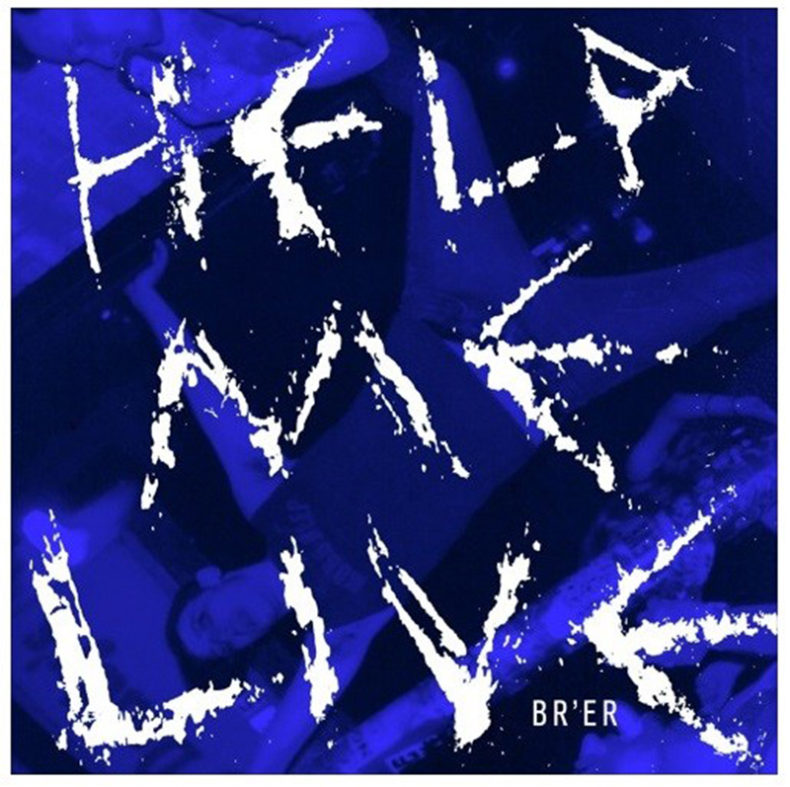 DC’s Br’er has been making noise for nearly ten years, since 2013 the group has released some of their most definitive works -Of Shemales and Kissaboos (2009) and Masking (2015). Their latest release Brunch is for Assholes is due out later this year, the first single to commence the new project is titled “Help Me Live”.

Inspired by a misdiagnosis, “Help Me Live” is based on the idea of looking back at life through the moment of reflection and the desire to overcome past mistakes and failures.
Littered with perpetual synths, haunting vocals, and cinematic lyricism, the song acts as a metaphor asking for forgiveness weaving an unpredictable web along the way.

A wonderful glimpse of what is next, Br’er becomes more and more visceral with each turn.

Formed in Philadelphia in 2007 and relocated in DC in 2013, the band has released three full-length albums –Of Shemales and Kissaboos (2009) City of Ice (2011) and Masking (2015) – with multiple EPs and singles interspersed while touring extensively on the DIY circuit throughout North America.

Schurr moved to DC by chance while touring with the project Eskimeaux. The band’s van hit a deer en route their DC gig, and was subsequently towed to the legendary (now defunct) house space, Paperhaus. There, Schurr met artist Johnny Fantastic, who convinced him to move to DC to work on music together. This meeting served as the beginning of a new chapter for Br’er, which had existed for several years in Philly outputting numerous releases, but slogging through several lineup changes between marathon tours. The incremental process of write-record-tour-repeat has paid creative dividends for Br’er. The songwriting process happens fast, almost stream-of-consciousness, but the band shows a sturdier confidence with each new release.

Schurr also acts as ringleader for freak-electronic label/collective Blight Records, which has caught significant attention both in and around DC for its embrace of experimentalism, queer, transgender, punk and anti-fascism culture and community.

Br’er’s fourth LP, Brunch is for Assholes, was recorded in spring of 2016 at Schurr’s home studio at the Lighthouse in the Petworth neighborhood of DC. Petworth has a particular significance to the writing of the record, as it is known as one of the fastest gentrifying neighborhoods in the city. The lyrics were primarily written while Schurr was working as a mover, reflecting on the violence of gentrification’s short-selling of community in exchange for condos and fast casual cuisine.  Given the current political turmoil in the District, Brunch is a timely discourse on the social history of the last eight years, given the uncomfortable context of present day politics.

“Help Me Live” was written during a period of time where I was misdiagnosed with cancer. A doctor who couldn’t even make eye contact with me told me I had lymphoma without giving me a biopsy, and was preparing to schedule me for six rounds of chemo, and was “let go” from the hospital a few weeks later. During this period of grief, the song came to me while walking home from work, as almost a prayer to a higher power to keep me strong and alive which I supposed worked, because I went to another hospital and turned out to be cancer free. The song was conceived in a few hours and finished the next day.”